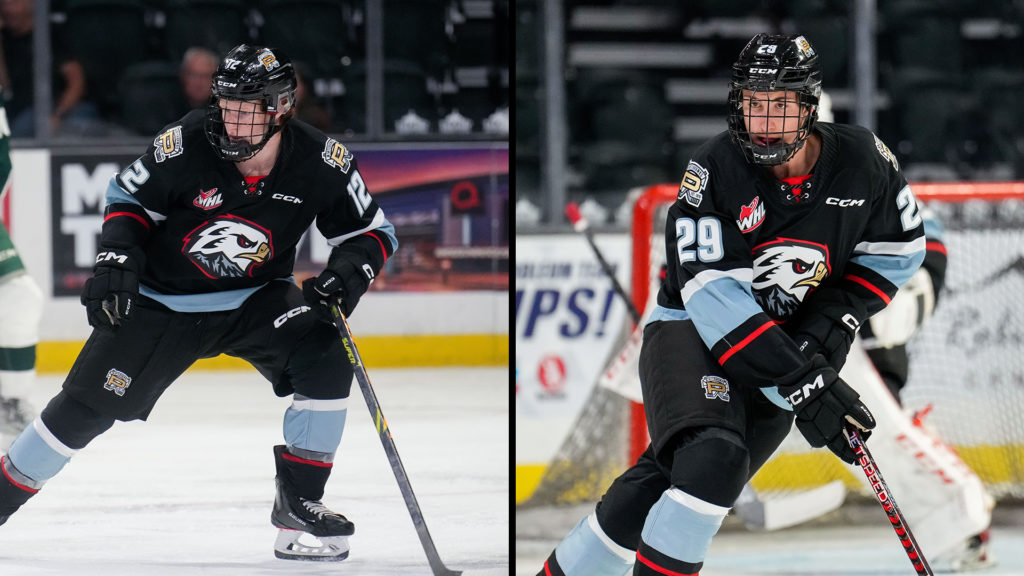 Portland, Ore. – The Portland Winterhawks Hockey Club today announced that it has recalled forwards Cole Cairns and Hudson Darby from their respective minor hockey organizations to the active roster as affiliate players.

Cairns, 15, boasts five goals and nine assists through 15 games with RINK Hockey Academy Winnipeg U18 of the Canadian Sport School Hockey League (CSSHL) this season. Originally selected in the fourth round, #81 overall, of the 2021 WHL Prospects Draft, the Winnipeg, Man. native signed with Portland on June 1 after a solid campaign with the Winnipeg Bruins of the MU18HL. Cairns also played in four preseason games for the Winterhawks in September, logging one goal.

Darby, 15, has recorded eight goals and 11 assists through 16 games with the Swift Current Legionnaires U18 program in the Saskatoon Male AAA Hockey League (SMAAAHL). Originally selected in the fifth round, #103 overall, of the 2021 WHL Prospects Draft, the Swift Current, Sask. native signed with Portland on June 3 following a 14-goal, 22-assist showing with the Legionnaires in 2021-22. Like Cairns, Darby also played in four preseason games for the Winterhawks this year.

Both players are available to play in tonight’s game in Everett.