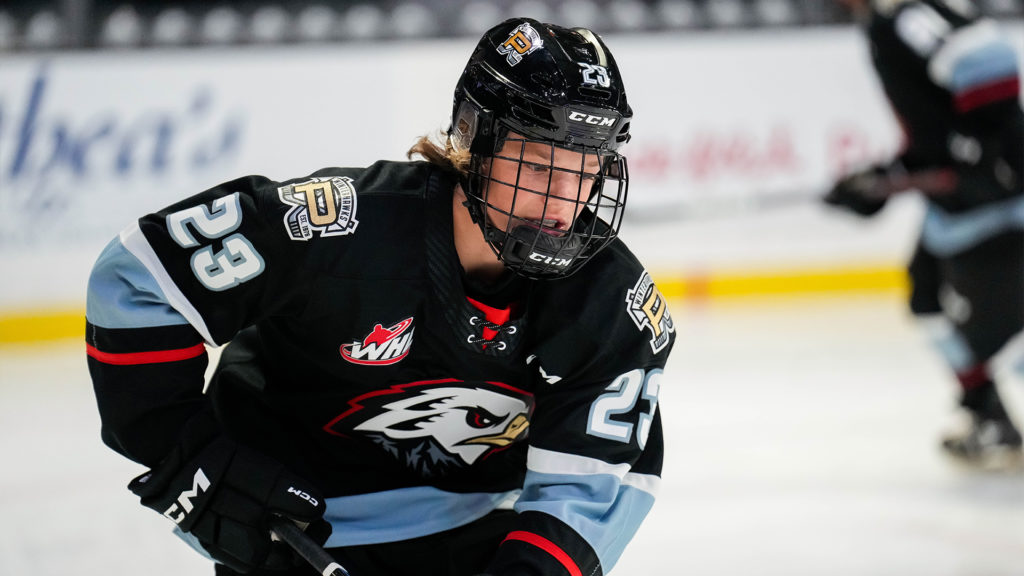 Portland, Ore. – The Portland Winterhawks Hockey Club today announced that it has recalled forward Ryan Miller from the South Alberta Hockey Academy to the active roster as an affiliate player.

In a corresponding move, the Winterhawks have reassigned forward Cole Cairns to RINK Hockey Academy Winnipeg.

Miller, 15, has recorded five goals and eight assists for 13 points in his first year of U18 action, playing 16 games thus far for the South Alberta Hockey Academy in the Canadian Sport School Hockey League (CSSHL). The Medicine Hat, Alta. product was selected by the Winterhawks in the third round, #66 overall, of the 2022 WHL Prospects Draft after he recorded 26 goals and 33 assists for 59 points in 30 games with the Northern Alberta Xtreme U15 Prep team during the 2021-22 season. Miller signed with Portland on Sept. 8, 2022 after Neely Cup Training Camp, and logged one preseason game with the Hawks prior to the start of this season.