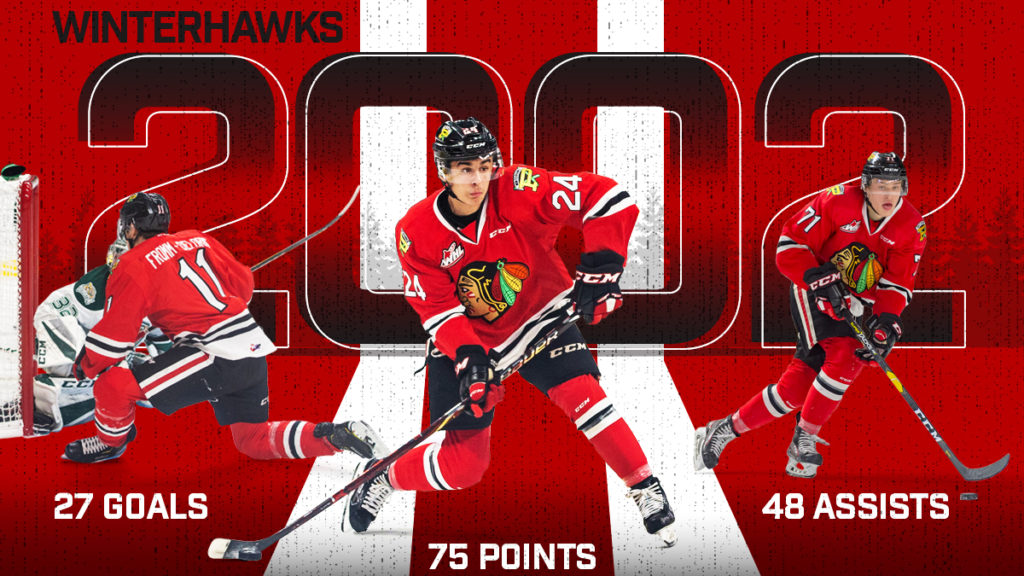 Transitioning from midget hockey to the Western Hockey League is never easy, but the Winterhawks’ 16-year-old forwards made the jump seamlessly this past season.

Former first round pick Seth Jarvis, Cross Hanas and Robbie-Fromm Delorme each enjoyed successful rookie campaigns in Portland. The 2002-born skaters combined for 27 goals, 48 assists and 75 points during the regular season, which led all WHL teams in 16-year-old scoring.

Jarvis (Winnipeg, MB) finished second in the league behind Vancouver’s Justin Sourdif in goals (16) and points (39) as a 16 year old. Additionally, Hanas (Highland Village, TX) scored the WHL’s Goal of the Year in December against Victoria and Fromm-Delorme (Richmond, BC) was second on the Hawks in playoff goal scoring.

Signed 2002 prospect Tyson Kozak (Souris, MB) also saw a nine game stint with the Winterhawks this season. He was called up in December to play center while Cody Glass was away for World Juniors and then returned as a black ace in March when he laced up for four of the team’s five playoff games. Goaltender Dante Giannuzzi (Winnipeg, MB) also spent half the season in Portland, picking up his first career win against Spokane on November 4, 2018.

See below how the Winterhawks 2002-class compares to the other 21 Western Hockey League clubs.