Winterhawks at the Worlds: Checking in on the IIHF Men’s World Championships 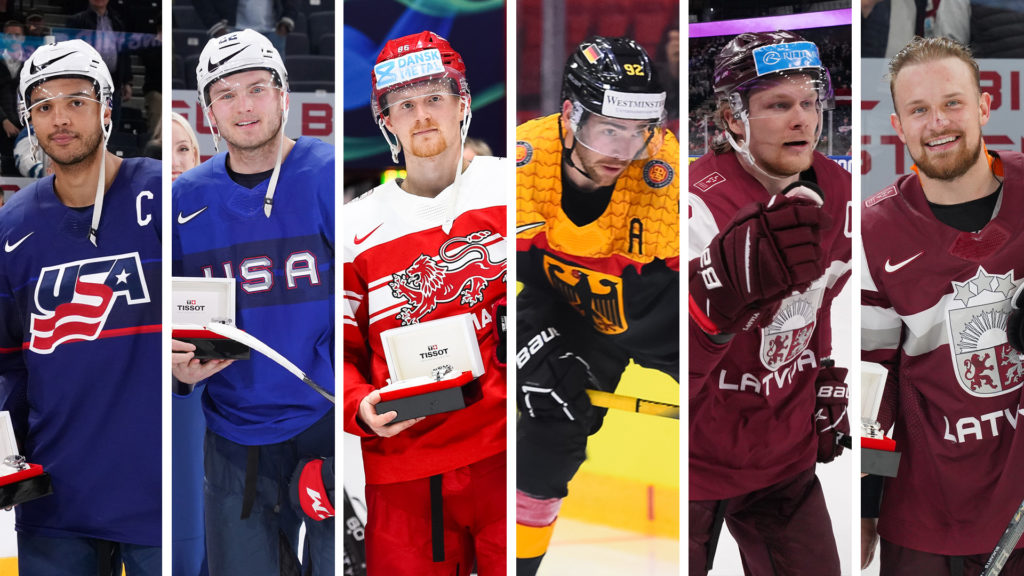 The 2022 IIHF Men’s World Ice Hockey Championships are in full swing, and we’re keeping a keen eye on some familiar faces leading the way for their respective nations.

Led by Americans Seth Jones and Kieffer Bellows, there are six former Winterhawks representing four different countries currently playing in the Worlds. Team USA and Team Germany are set to compete in the quarterfinals, while Team Latvia and Team Denmark had their stays come to an end with losses this morning.

Seth Jones (2012-13) – United States
Jones continues to set the pace for Team USA, notching a goal and three helpers to share the scoring lead among defensemen while serving as the team’s captain for this tournament. Jones earned Player of the Game honors for his team with a goal and an assist in a 4-1 win over Latvia.

Jones’ brother Caleb – another Portland alum – was set to star at the World Championships as well, but withdrew due to injury.

Kieffer Bellows (2017-18) – United States
Bellows has shone for the U.S. in the tournament, notching a team-high three goals, which ranks tied for 12th among all skaters in the competition. The former Winterhawk also ranks second among American forwards with four points in Tampere, and was named Player of the Game for the U.S. with two goals in a 3-0 shutout of Great Britain.

Joachim Blichfeld (2016-19) – Denmark
Like Bellows, Blichfeld has been finding twine with regularity at the Worlds. With another goal this morning, Blichfeld’s five goals rank tied for second among all skaters in the tournament alongside NHLers like Rasmus Asplund and Nico Hischier, and his six points are tied for third among Danish skaters. Blichfeld opened the tournament on a tear, tallying a hat-trick against Kazhakstan in the opening game to earn Denmark’s Player of the Game award.

Marcel Noebels (2011-12) – Germany
Noebels’ consistency has been impressive throughout the tournament, having notched an assist in every game minus the opening tilt against Canada and this morning’s loss to Switzerland. His five points rank tied for fifth among German skaters, and he continues to wear an “A” as one of his country’s alternate captains as they prepare for the quarterfinals.

Rodrigo Abols (2015-17) – Latvia
Abols has logged a pair of points thus far, scoring once and setting up another while serving as Latvia’s captain after wearing an “A” during the Olympics in February. Abols has now played 11 games for Latvia in 2022, notching four goals and two helpers as one of the team’s core leaders.

Rihards Bukarts (2015-16) – Latvia
Bukarts led Latvia with a team-high five points , scoring twice and posting three helpers as one of their most dangerous forwards. His starring performance came against Austria, where he tallied a goal and an assist to earn Player of the Game honors for his team, and his stellar work throughout the tournament netted him one of his team’s three Player of the Tournament awards.