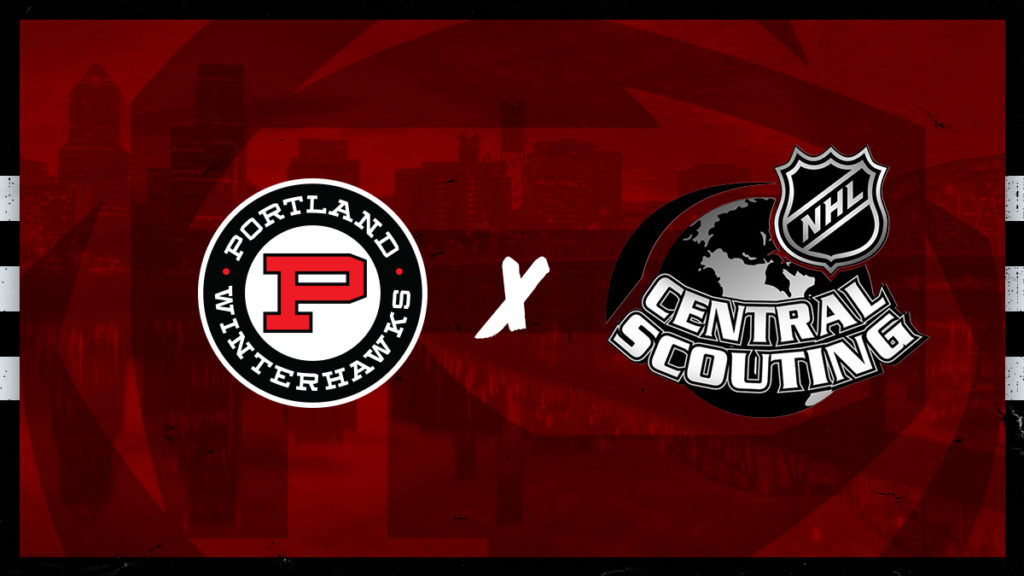 The Portland Winterhawks are proud to announce three players are named on NHL Central Scouting’s Players to Watch List for the 2021 NHL Draft.

Second-year forwards Jack O’Brien, Tyson Kozak and Simon Knak all made the updated list that was released on January 22. This July, Portland will look to add to its impressive list of 142 players selected in the NHL Entry Draft in program history.

O’Brien received a ‘B’ rating by NHL Central Scouting after an impressive 2019-20 season. In 55 games with the Winterhawks, the centerman from Denver, CO finished first among Portland rookies with 14 goals and his 30 points put him 14th on the WHL rookie scoring list.

Just last year, Winterhawks forward Seth Jarvis was given a ‘B’ rating by NHL Central Scouting and he was eventually drafted in the first round, 13th overall, of the 2020 NHL Entry Draft by the Carolina Hurricanes.

Kozak and Knak were both recognized as a ‘C’ rated prospects for the 2021 NHL Draft. Kozak flourished during his first season in Portland, scoring 13 goals and 16 assists for 29 points, and he was second on the team in face-off percentage. Knak led all Portland rookies with 34 points in 49 games and he represented Switzerland at the 2020 IIHF World Junior Championships.

Central Scouting named three Winterhawks on the January 'Players to Watch' list for the 2021 #NHLDraft.

In total, 36 WHL players are on the Players to Watch List and the Portland Winterhawks are tied for the most representatives among WHL Clubs.

Players have been identified using the following criteria: