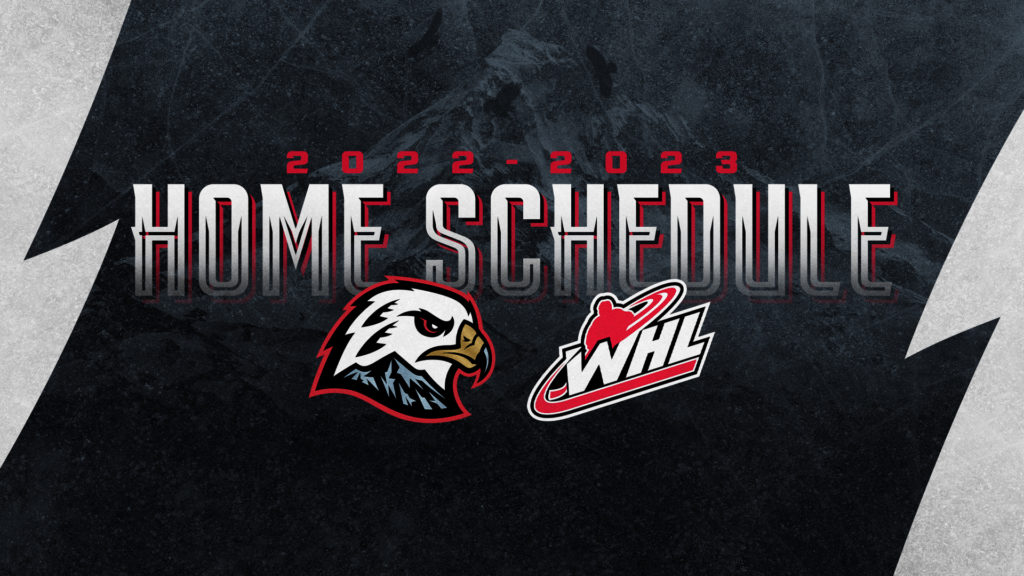 Portland, Ore. – The Portland Winterhawks, proud member club of the Western Hockey League, are excited to share the team’s 34-game home schedule for the 2022-23 regular season. All home games will be played inside Veterans Memorial Coliseum.

The Winterhawks will play 18 home games against U.S. Division opponents, including a season-high six contests against the Seattle Thunderbirds. Portland will host each B.C. Division team twice and will once again face Eastern Conference opponents for the first time since the 2019-20 season. All six teams from the Central Division, including the reigning WHL Champion Edmonton Oil Kings, will make the trek south of the border.

Earlier this week, the Winterhawks announced the team’s first home game of the new season on Saturday, October 1 against the Tri-City Americans, and can now share the dates of three additional highlights – Teddy Bear Toss, New Year’s Eve game and Mascot Night.

We're back in front of the best fans in the WHL on October 1! pic.twitter.com/e0fvermEkj

The Winterhawks will host the Seattle Thunderbirds on December 10 for this year’s Teddy Bear Toss game as they look to improve upon the 7,531 teddy bears collected this past season. Following the league’s holiday break, the Winterhawks will ring in the New Year in front of the best fans in the league with a special 5:00 P.M. start time for their New Year’s Eve tilt against Everett on December 31. Tommy and his friends then take center stage for Mascot Night on March 4, 2023 when the Winterhawks welcome the Tri-City Americans to town.

There are plenty of electric nights in the VMC on their way, and the best way to guarantee your seat to all of them is to become a Premier Member with the Winterhawks. Season ticket memberships for the 2022-23 campaign will go on sale on Monday, June 27 at 9:00 a.m.

The Winterhawks, in conjunction with the WHL, will share their complete schedule in early July. Additionally, stay tuned for more information on additional promotion nights and Neely Cup training camp in the coming weeks.

*All games, including dates and times, subject to change. All times Portland local.