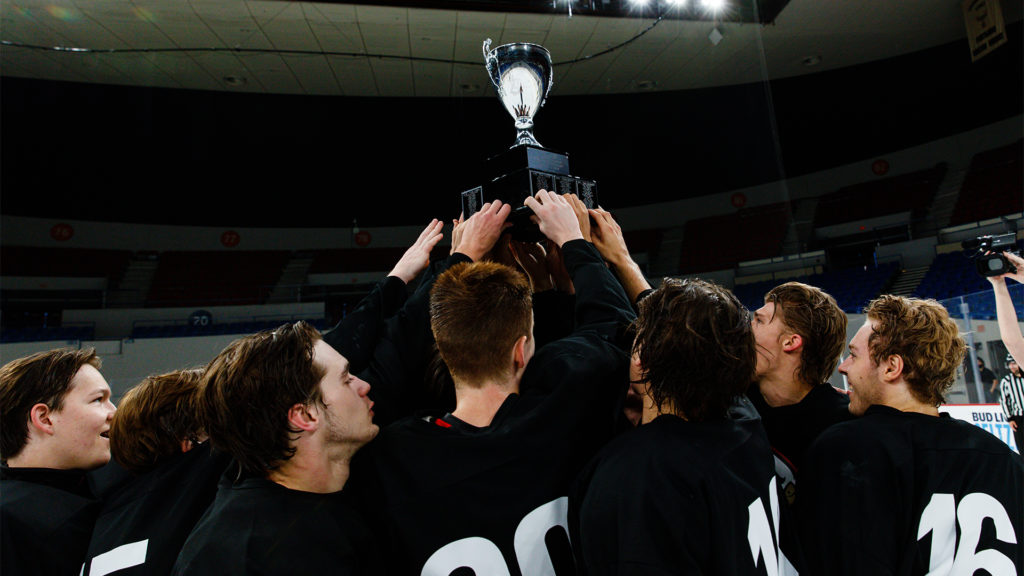 The Neely Cup, an annual event in which the team’s players and prospects report to Portland for fitness testing, on-ice sessions and inter-squad games, will be the first opportunity for fans to see players vie for spots on the 2022-23 roster.

This year, we celebrate the 40th anniversary of our first Memorial Cup victory and the 10th anniversary of our most recent WHL Championship victory by naming the 2022 Neely Cup teams after Winterhawks playoff statistical leaders Mac Carruth, Nic Petan, Derrick Pouliot and Ty Rattie – each of whom featured heavily on Portland’s 2013 Ed Chynoweth Cup-winning side.

Carruth leads the Club in all-time playoff wins (49) and playoff games played as a goaltender (75) after helping the team to the postseason in each of his four seasons from 2009-13. Petan paces Portland in all-time playoff points (88) following a stellar five-year career that featured four consecutive WHL Championship appearances. Pouliot tops the team’s list in playoff assists (60) and points by a defenseman (73) after also notching four straight runs to the fourth round of the playoffs during his five seasons in the Rose City. Finally, Ty Rattie holds the Winterhawks’ all-time goal-scoring mark in the playoffs (50), including a spectacular 20 goals in 21 games during the club’s WHL Championship victory in 2013.

Winterhawks Season Ticket Holders and 20-Game Pack Holders can enjoy free admission to all Neely Cup games – daily tickets will be placed in your account prior to the start of the Neely Cup. If you have any questions/issues, please reach out to your account representative directly.

Those who have not purchased one of these 2022-23 Winterhawks ticket plans can buy daily tickets for $5/each or tickets to all four days of action for $15 by contacting the Winterhawks office either in person or by phone at 503-236-4295.

Doors will open 30 minutes prior to puck drop. Limited concession items will be available for purchase.