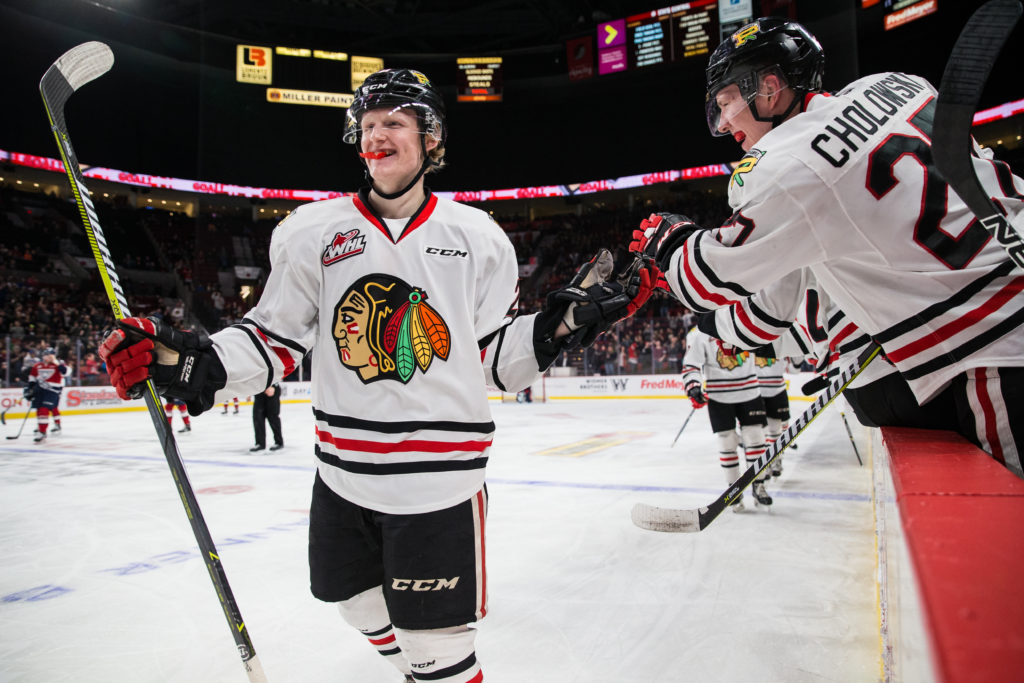 After winning three straight games this past week, Portland was selected as an Honorable Mention in this week’s CHL Top 10 Rankings.

Portland had a pair of big wins this past weekend on the road in Victoria. The Hawks took down the Royals in back-to-back games and did not allow a five-on-five goal in either contest. Kieffer Bellows had three goals in the Hawks two victories.

The Winterhawks continued their winning ways on Tuesday, dominating the Tri-City Americans 9-0 on the road. Forward Ryan Hughes had a five-point night, while goaltender Shane Farkas picked up his sixth straight win and second career shutout.

The win was the biggest margin of shutout victory on the road in Winterhawks franchise history.

Portland improved their incredible road record to 21-8-1-1, the second best in the WHL. The Hawks are currently in second place in the U.S. Division and the fifth ranked team in the Western Hockey League.

The weekly rankings are selected by a panel of National Hockey League scouts. Full rankings below:

The Hawks return to Portland this Friday to take on the Seattle Thunderbirds. Grab your tickets HERE!