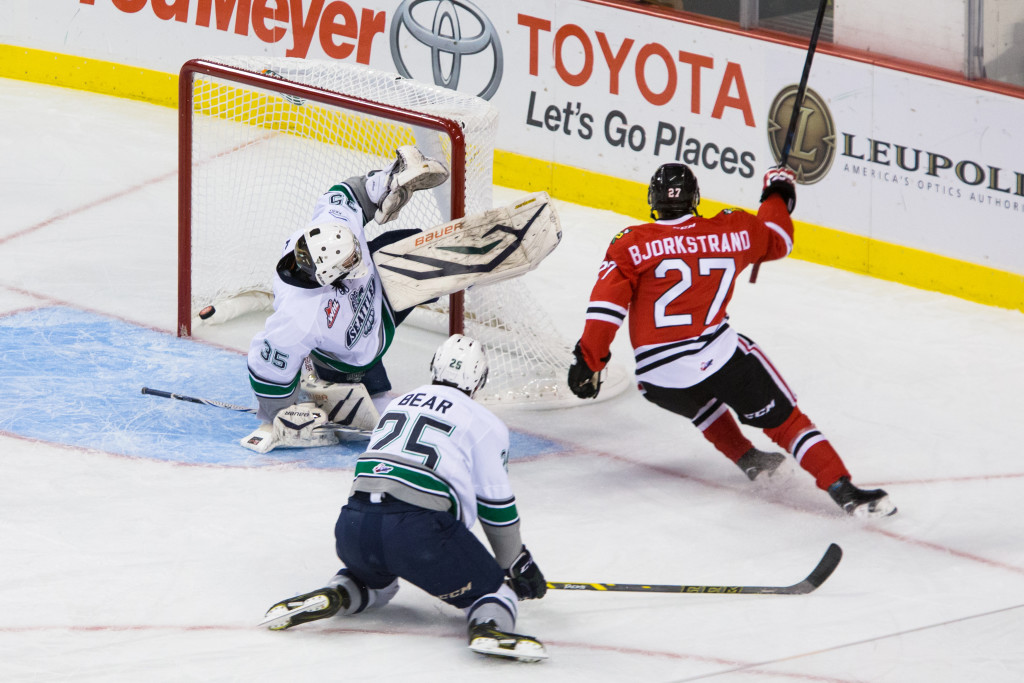 Former Portland Winterhawks forward Oliver Bjorkstrand will once again ply his trade in the PNW come hockey season following a trade from the Columbus Blue Jackets to the Seattle Kraken.

Bjorkstrand was dealt to the Kraken on Friday after seven years in Ohio, where he racked up 111 goals and 234 points in 382 career games with the Blue Jackets. Columbus originally selected the Herning, Denmark native in the third round, 89th overall, of the 2013 NHL Entry Draft, and he went on to serve as one of the club’s alternate captains last season. Bjorkstrand also spent time with the Lake Erie/Cleveland Monsters, helping Columbus’ AHL club to a Calder Cup Championship in 2016.

Before starring for the Blue Jackets and Monsters, Bjorkstrand spent three incredibly productive seasons in the Rose City as a fan favorite from 2012-15. After being selected 26th overall in the 2012 CHL Import Draft, Bjorkstrand made an early impact with 31 goals and 63 points in 65 games – both tops among WHL rookies that season – as a key part of the Winterhawks’ 2013 Ed Chynoweth Cup-winning team. From there, his scoring skyrocketed as he notched 50 goals and 109 points to help the Hawks to another Western Conference title during the 2013-14 campaign, then led the league in both goals (63) and points (115) en route to winning the WHL’s Player of the Year award in 2014-15. Bjorkstrand also earned nods to WHL First All-Star Teams in 2013-14 and 2014-15.

Bjorkstrand proudly represented Denmark on the international stage during each of his three years in Portland, culminating in appearances in both the top division of the World Junior Championships and the Men’s World Championship during the 2014-15 season. During the 2o13-14 World Junior Championships, Bjorkstrand led Denmark to the Division 1 gold medal and earned Best Forward honors, helping secure his nation’s place in the top division the following year. Bjorkstrand remains active with the Danish National Team as a professional, most recently helping them secure their place in the 2022 Olympic Games with five points in three games during the qualifiers.