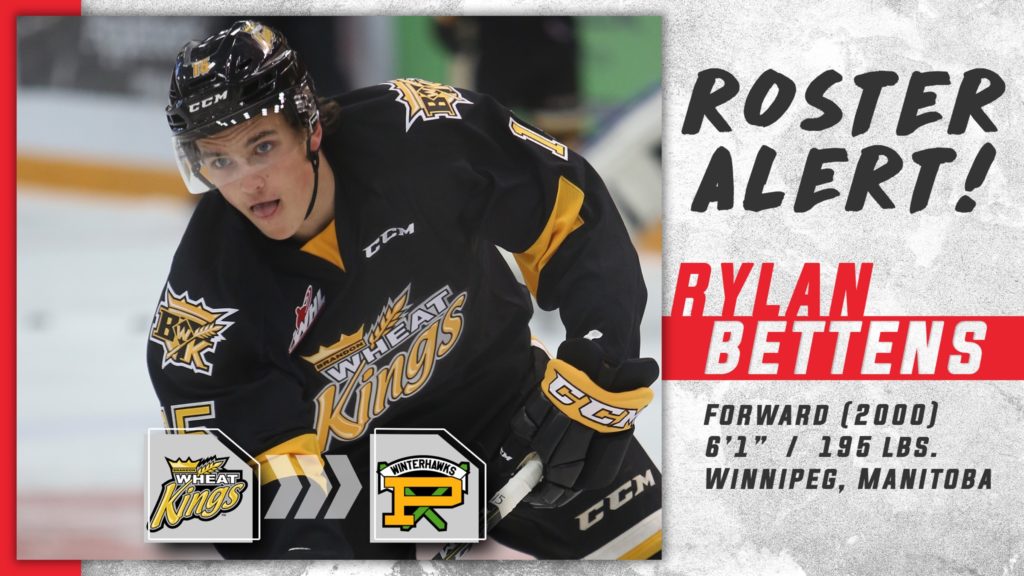 The Portland Winterhawks have acquired Forward Rylan Bettens in exchange for a conditional draft pick in the 2021 Western Hockey League Bantam Draft.

The 6”1’ forward from Winnipeg was in his third WHL season with the Wheat Kings after being selected by them in the third round of the 2015 draft.

The Winterhawks are back in action tomorrow taking on the Tri-City Americans at 7:05pm on the road and return home on Saturday, September 29th for their first home game of the 2018-2019 season against the Seattle Thunderbirds.