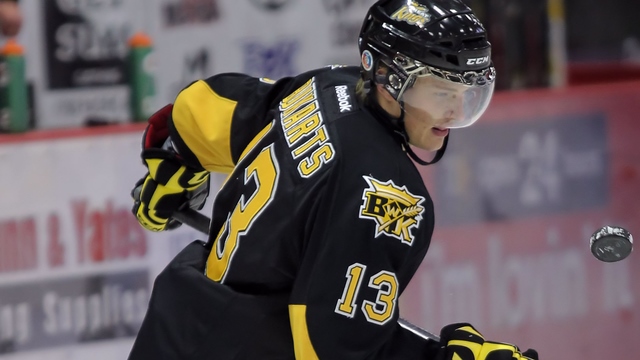 The Portland Winterhawks have acquired forward Rihards Bukarts from the Brandon Wheat Kings in exchange for two conditional third round picks in the Western Hockey League Bantam Draft.

Bukarts is in his third WHL campaign, with five goals and four assists for nine points in 10 games this season. In 137 career WHL games, Bukarts has posted 66 goals and 71 assists for 137 points.

A native of Jurmala, Latvia, Bukarts has represented his country in international play several times, including the World Junior Championship.

“Rihards is a dynamic, proven scorer in the WHL who will add speed and creativity to our offensive attack,” said Portland Winterhawks General Manager & Head Coach Jamie Kompon. “With Carl Ericson suffering a season-ending injury, it opened up the opportunity for us to acquire Rihards and we’re excited to have him join us.”