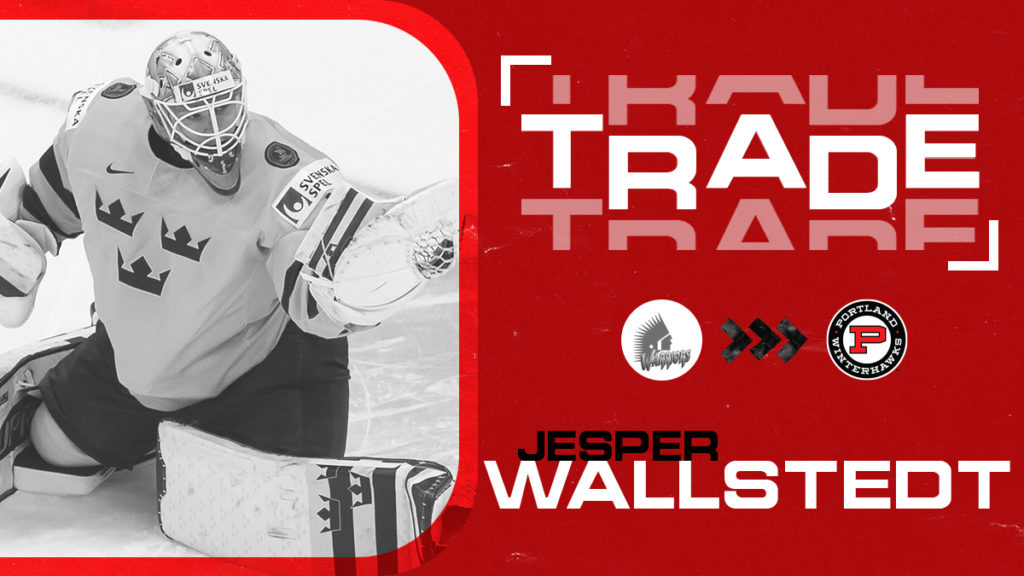 Portland, Ore. – The Portland Winterhawks, proud member club of the Western Hockey League, announced today that the club has acquired the rights to goaltender Jesper Wallstedt from the Moose Jaw Warriors.

Wallstedt, 18, is projected to be a first round selection in this year’s 2021 NHL Draft, ranked #1 among all European eligible goalies.  The native of Västerås, Sweden played in the top professional league in his home country this year, playing 23 games for Luleå HF.  He also represented Sweden as an underage player in the International Ice Hockey Federation (IIHF) U20 World Junior Championship in January.

Standing at 6-foot-3, 214-lbs, Wallstedt was selected 46th overall by Moose Jaw in the 2019 CHL Import Draft and in exchange for his rights the Winterhawks traded a sixth round pick in the 2023 WHL Draft.