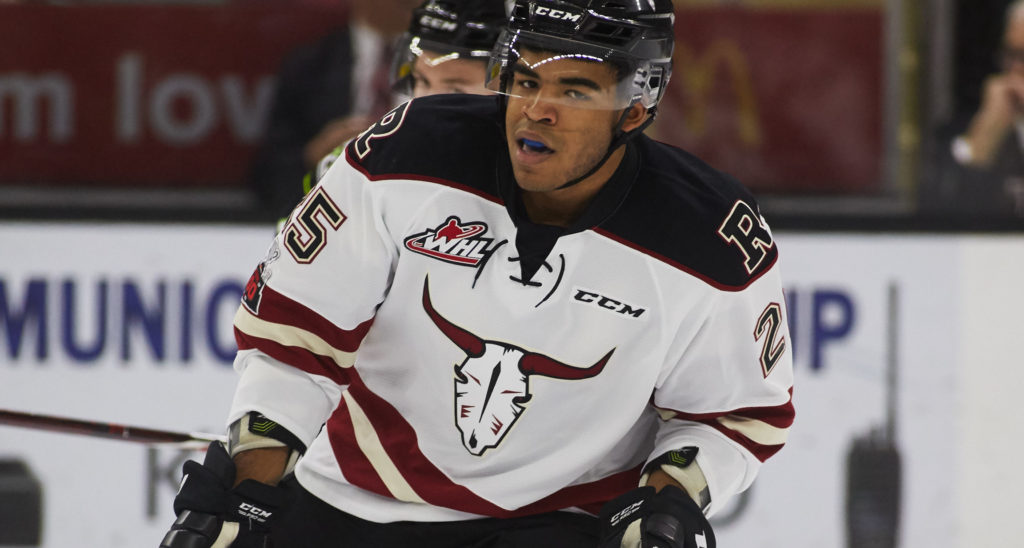 The Portland Winterhawks have acquired forward Lukus MacKenzie from the Red Deer Rebels in exchange for a sixth-round pick in the 2020 WHL Bantam Draft.

MacKenzie is a 99-born forward from Calgary who has split his season between the Rebels and the Saskatoon Blades. In 30 total games this year, the 6’1” forward has registered eight points and 44 penalty minutes. Over his WHL career, MacKenzie has played in 138 games with Red Deer and Saskatoon and has eight goals, 28 points and 163 PIMS.

“We’re excited to add Lukus MacKenzie to our lineup,” said Winterhawks Vice President, General Manager and Head Coach Mike Johnston. “He will provide great depth to our team for the second-half of the season.”

MacKenzie was originally selected in the third-round, 60th overall by the Saskatoon Blades in the 2014 WHL Bantam Draft.

The Winterhawks next home game is this Saturday, January 13th against the Seattle Thunderbirds at the Veterans Memorial Coliseum. Tickets are available HERE!