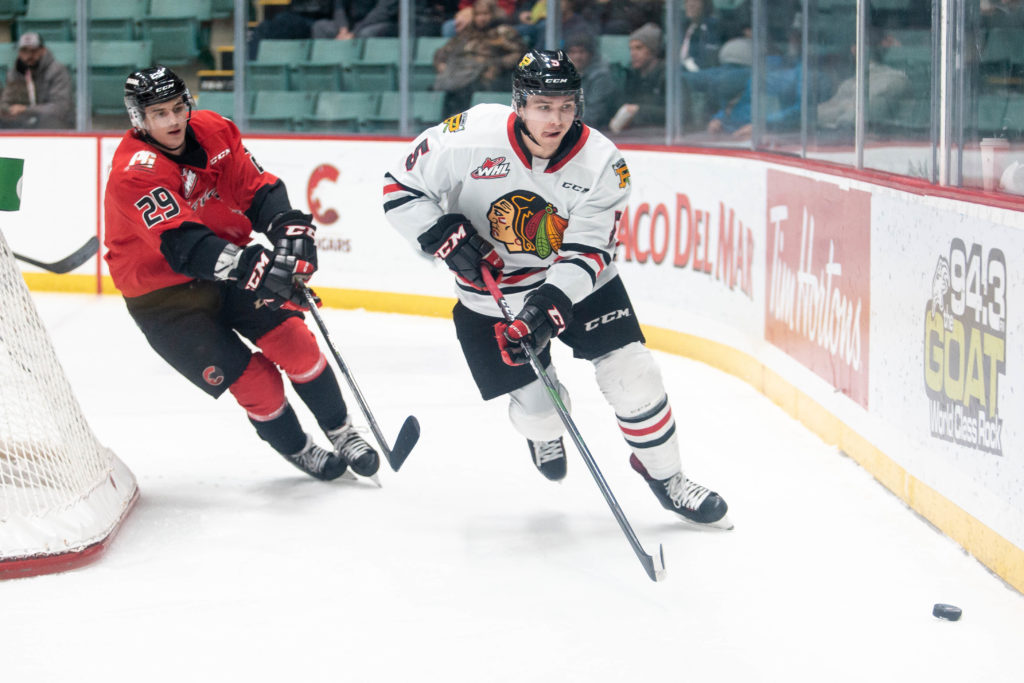 The Cougars got off to a better start tonight and they were rewarded on their first power play chance. Leading scorer Josh Maser deflected in a backdoor pass to give Prince George a 1-0 lead after the first 20 minutes of play. It was just the eighth time this season the Hawks allowed their opponent to score first.

Prince George extended their lead to 2-0 midway into the second period off a broken play as Nikita Krivokrasov scored his first goal as a Cougar. Portland was able to get that goal back on their first power play of the night. Lane Gilliss rung a shot off the bar, but Robbie Fromm-Delorme baseball batted in his second goal of the season to cut into the Prince George lead.

Once again, the Cougars extended their lead to two when the former Winterhawk Ilijah Colina made it 3-1 just over three minutes into the third period. But Portland caught fire, rattling off three straight goals in a seven minute stretch to take a 4-3 lead late in the game. Captain Johnny Ludvig was a part of all three comeback goals, setting a new career high with three points in the game.

With a minute to play, Prince George tied the game at 4-4 with an extra attacker forcing the entertaining game to head to overtime. On the first shot of the extra period, Clay Hanus buried his sixth goal of the season, the overtime winner, to complete the comeback. Portland won the game 5-4 and they head back to the Rose City for two weekend games against the Cougars to wrap up the regular season series.