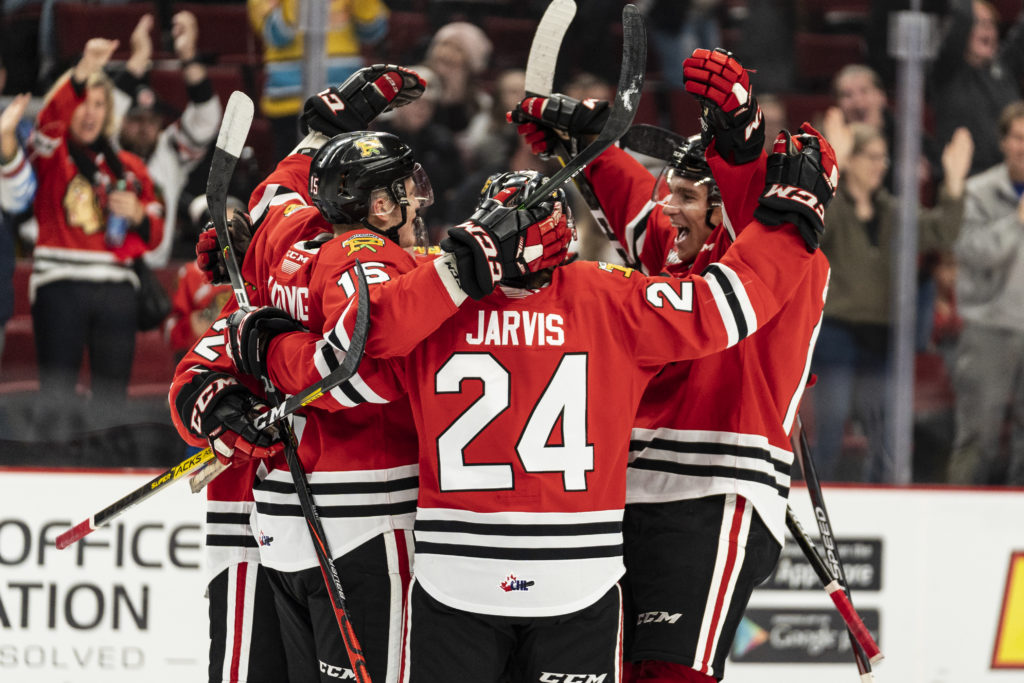 Special teams play stole the story line on Wednesday night as the Winterhawks went 3-for-3 on the power play to help defeat the Swift Current Broncos 8-2. The win gives Portland its first victory against a Central Division opponent this season and their eight goals scored were the most against the Broncos franchise in 21 years.

St. Louis Blues signed goaltender Joel Hofer made his first start against his former club since he was acquired by the Winterhawks at the trade deadline last year. Hofer denied 24-of-26 shots en route to his fourth win of the season. The only two goals he gave up came with the Winterhawks shorthanded.

Seventeen year old forwards Simon Knak and Seth Jarvis each scored their second goals of the season during the first 20-minutes of play. Knak also collected an assist on Jarvis’ even-strength goal, giving him multiple points in a game for the third time this season.

Portland would not let off the gas in the second and third periods of play and they were able to spoil 20-year-old goaltender Reece Klassen’s Broncos debut. Johnny Ludvig broke the 2-2 tie in the middle period with a power play goal, his fourth of the season. Portland would scored six unanswered goals to close the game. A little over five minutes later, Reece Newkirk threw the monkey off his back during his goal celebration when he deflected in his first goal of the year to make it 4-2.

Four more shots found the back of the net in the third period for the Hawks, including Kade Nolan scoring his first career Western Hockey League goal. James Stefan picked up his first WHL point on the Nolan goal. Cross Hanas, Mason Mannek and Lane Gilliss wrap up the goal-scoring in the third period.