What a Night, What a Win! 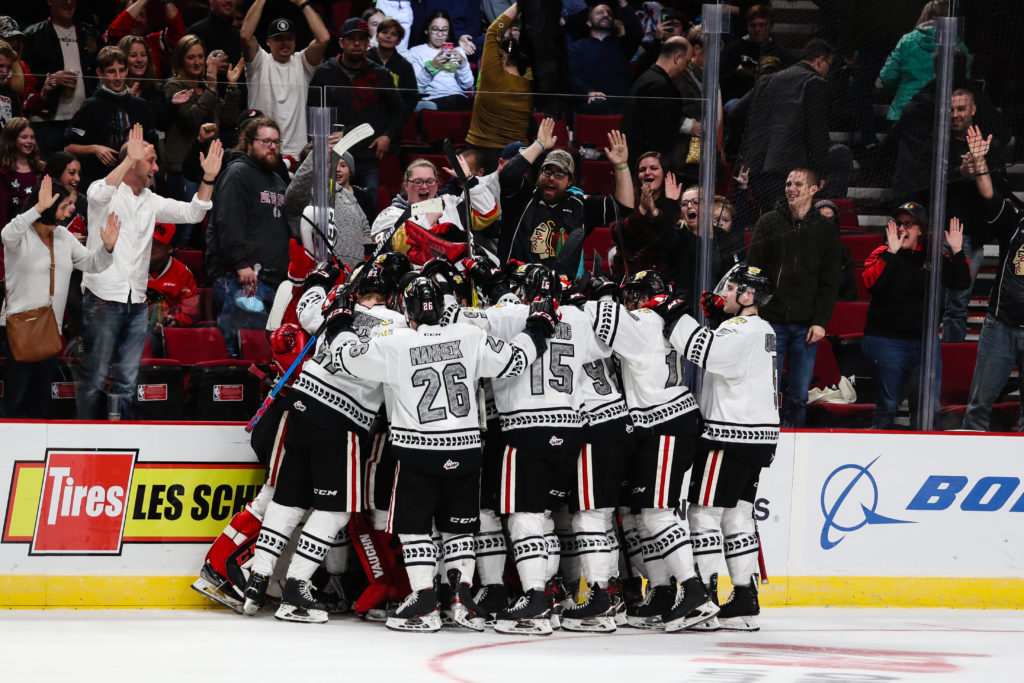 What a night at the Moda Center as the Portland Winterhawks scrapped back from an early deficit to beat the Vancouver Giants 2-1 in a shootout in front of a near sellout crowd. The Winterhawks earned their 11th win of the season and second overall against the Giants this year.

For the second consecutive night, Vancouver got on the scoreboard first as Justin Sourdif netted his ninth goal of the season to give the visitors a 1-0 advantage after 20 minutes. After allowing the first goal, Portland buckled down and earned momentum by killing three consecutive penalties in the opening frame, including over a minute of a two-man advantage.

The Moda Center was rocking at the midway point of the game when Kishaun Gervais and Justin Lies duked out a heavyweight battle at center ice. The fight gave the Hawks enough momentum to score their first of the night.

Portland had rhythm in the second frame, out shooting Vancouver 14-to-7 and eventually deflecting in the tying goal. Sixteen year old rookie Jack O’Brien redirected a point shot from Nick Cicek during the tenth minute of the period to tie the game at 1-1. It was O’Brien’s first career goal at the Rose Quarter.

Ultimately, the game was decided in the ninth round of the shootout. Mason Mannek scored the game-winning shootout goal, joining Jaydon Dureau and Cross Hanas as one of the three shootout goal scorers for the Hawks. Hofer turned aside seven of the nine Giants shooters to help secure the win.