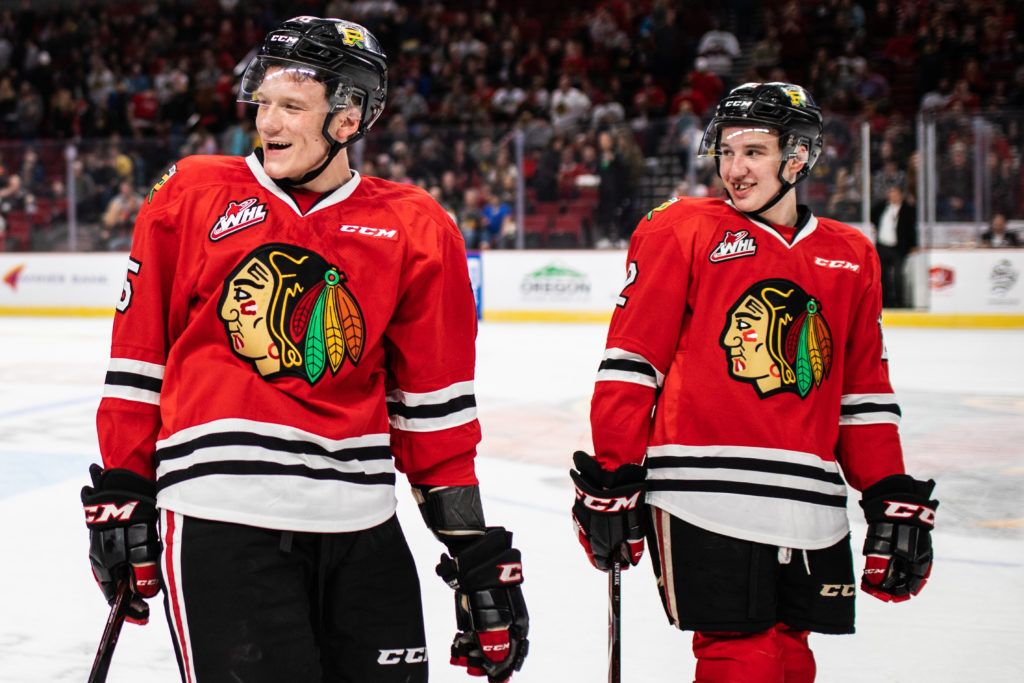 Two Portland Winterhawks skaters were named on the final NHL Central Scouting List in preparation for the June NHL Draft. Forward Reece Newkirk was listed No.81 on the rankings while defenseman John Ludvig clocked in at No.128 among North American skaters.

First-year eligible player Reece Newkirk (Moose Jaw, SK) finished with a career high 23 goals, 36 assists and 59 points in 68 games this season. He also added two assists in five playoff appearances. Newkirk is a consistent top six forward for the Winterhawks who can play wing or the center position. During his second year in Portland, Newkirk found ample playing time on the power play and penalty kill. The tenacious forward very well could be the 31st Winterhawk drafted in the NHL this decade.

Second-year eligible player John Ludvig (Kamloops, B.C.) was the Hawks’ best defensive player and shot blocker this season, leading the team with a +38 rating during the regular season. Consistently playing against the opponent’s top lines, Ludvig was a shut down player and a pivotal piece on the top-five penalty kill in the Western Hockey League. Ludvig doubled his offensive totals in year two of his WHL career, scoring five goals and 14 assists for 19 points.

Calgary, Alta. –  The Western Hockey League announced that 50 WHL players have been listed by NHL Central Scouting in its final rankings in advance of the 2019 NHL Draft, scheduled for June 21-22 in Vancouver, B.C.

Notable risers on the final rankings, include Tracey, who led all WHL rookies in scoring with 81 points (36G-45A). He rose 52 spots from the midterm ranking to rank 21st. Adam Beckman (Saskatoon, Sask. / Spokane Chiefs), who ranked second in rookie scoring, rose 10 spots to rank 34th. On defense, Gianni Fairbrother (North Vancouver, B.C. / Everett Silvertips) moved up 35 spots to rank inside the top 50.

Of the 50 players identified by NHL Central Scouting, five are currently competing with Canada at the 2019 IIHF Under-18 World Championship. The team’s leadership group features Krebs as the captain and Cozens as an alternate captain.