Two Straight Wins as the Hawks Blank the Rebels 5-0 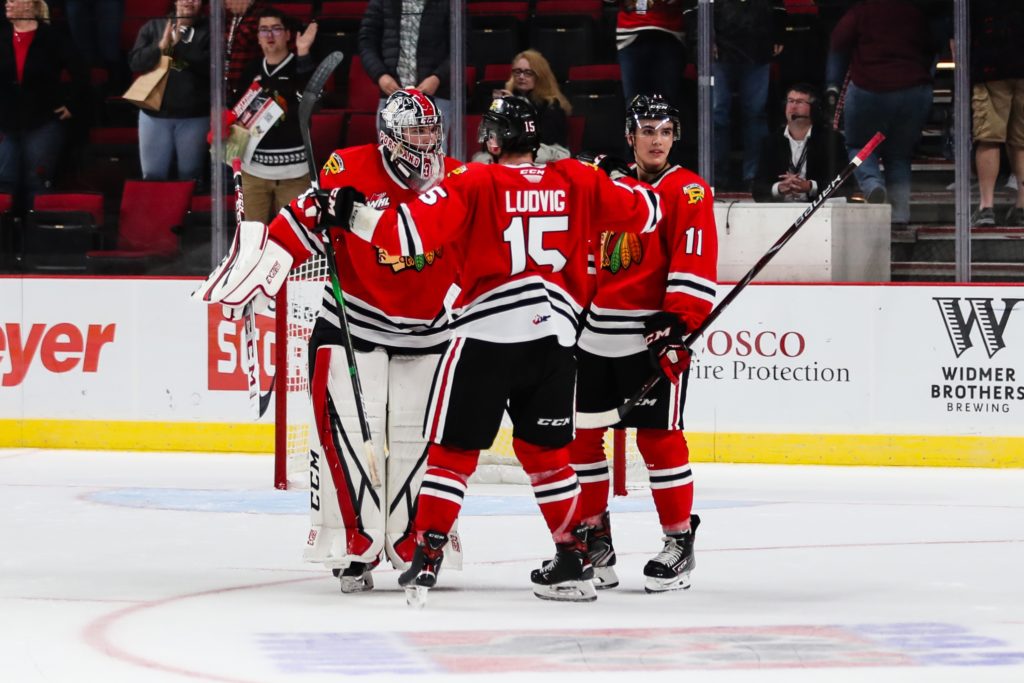 The Winterhawks offense continued their dominance and they shut out the Rebels 5-0 to improve to 5-3-0-0 on the season. Joel Hofer stopped 16 shots, giving him his first shutout of the season and fifth of his Western Hockey League career.

In the first period, Seth Jarvis roofed a power play goal, his third goal of the season to put the Hawks on the scoreboard at the midway point of the frame. Before the end of 20, Simon Knak ricocheted a centering feed passed Ethan Anders for the team’s second goal of the night to give the Hawks a 2-0 advantage.

Portland locked down and controlled the final 40 minutes of the game, out shooing the Rebels 26-to-5 and scoring three more times. Nine different Winterhawks recorded a point and five unique Winterhawks found the back of the net.

With the win, it marks the first time in franchise history the Winterhawks shut out the Rebels in back-to-back meetings. Hofer was in net last year when the Hawks won 2-0.