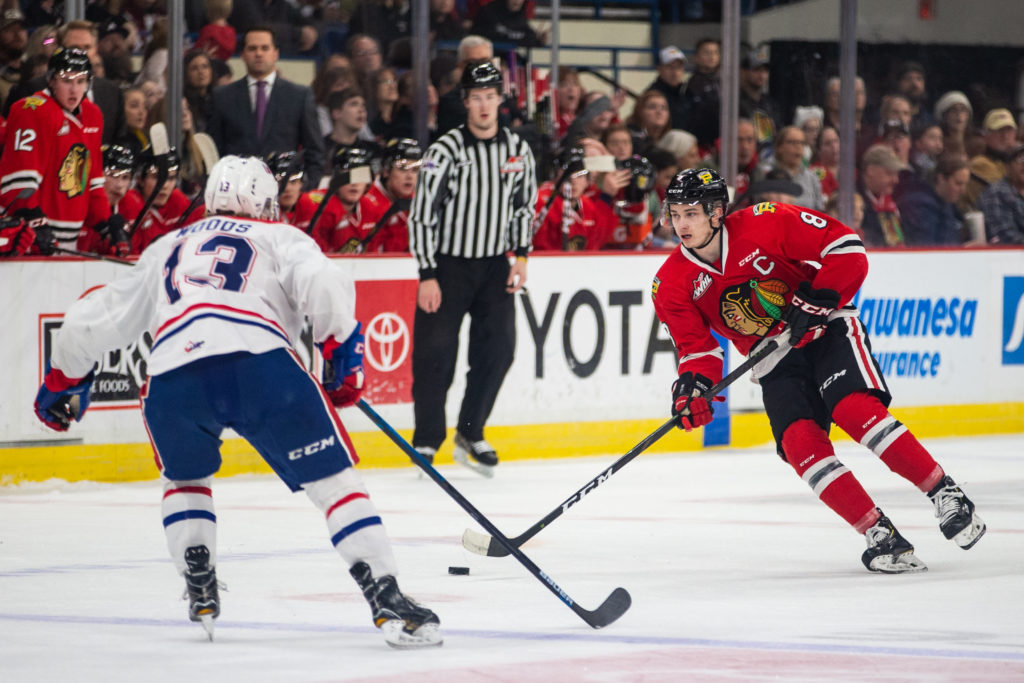 The Winterhawks 2018-19 season comes to a close on Saturday night after a 4-1 loss to the Chiefs in game five. The Spokane Chiefs won the series 4-game-to-1 to advance to the Western Conference Semifinals where they will face the Everett Silvertips.

Cody Glass was welcomed back to the lineup with a shorthanded goal in the fourth minute of game five. He out hustled Spokane defenseman Ty Smith for the cleared puck and goaltender Bailey Brkin turned it over to Glass in the crease. The Hawks’ captain slammed it in the open net for a 1-0 lead.

Spokane answered back on the same penalty, the team’s sixth power play goal of the series to tie the game at 1-1. After the conclusion of a penalty, Spokane moved a puck up ice to Luke Toporowski, who was by himself behind the Hawks defense. Toporowski scored on the breakaway, his second goal of the night to give the Chiefs a 2-1 advantage. He now has goals in three straight playoff games.

Portland came out hard in the second period looking for the tying goal, but Bailey Brkin turned aside all 18 shots in the middle frame. Ultimately, the Hawks could not convert on any of their four power play opportunities and the Chiefs extended their lead early in the third period.

Three minutes and thirteen seconds into the third period, Riley Wood tacked on two insurance goals to secure the win for Spokane. Portland generated 12 third period shots, but Brkin turned them all aside to pick up his fourth win of the series.