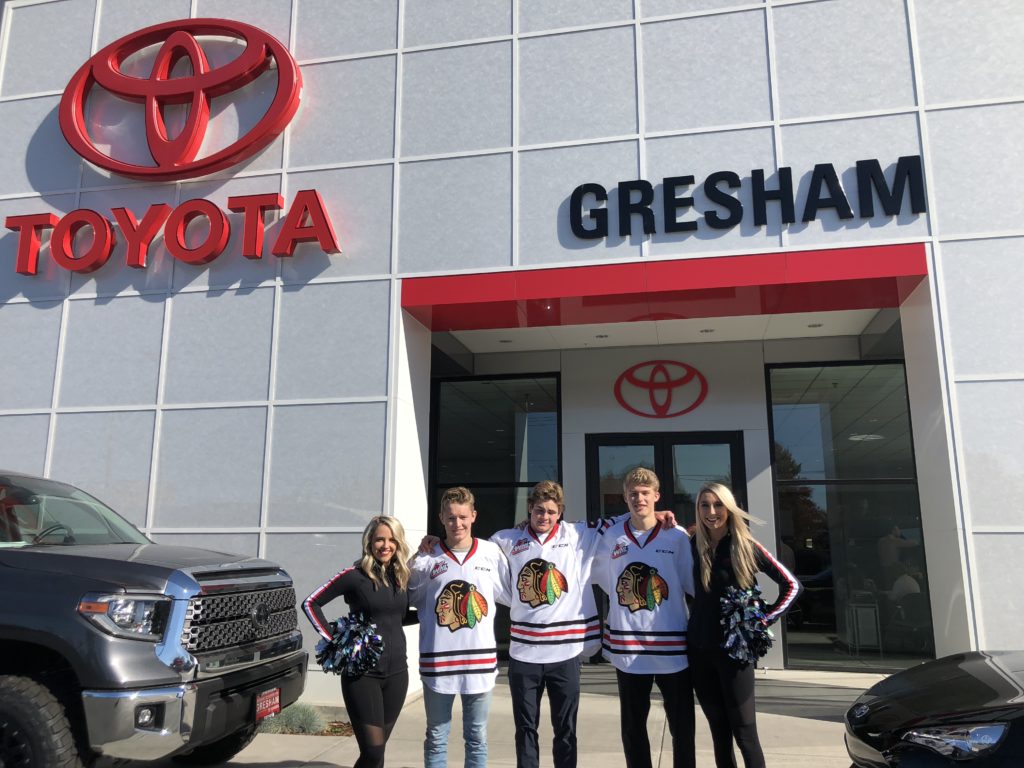 It’s that time of the year again when Winterhawks players, Rosebuds and Winterhawks Junior Hockey players head out to Portland-area Toyota Dealerships on Saturday, October 26th from 2-3pm. This activation serves as the kick-off to the Toyota Hockey Family of the Year contest where one lucky family will walk away with a Brand New 2020 Toyota RAV4 Hybrid (MSRP $35,000) on New Year’s Eve! Just by showing up to Toyota Hockey Family Day, you the fan could win one or enter to win one of the following prizes:

(1) You are one of the FIRST to enter the Toyota Hockey Family of the Year contest where you could win a 2020 Toyota RAV4 Hybrid! The vehicle will be given away on Toyota New Year’s Eve!

(2) You could win 20 rink side tickets in the VIP Toyota Corner on Wednesday, March 4th when the Winterhawks take on the Tri-City Americans!

(3) You could win ticket vouchers to be used at an upcoming Winterhawks game!

(4) You can get autographs from current Winterhawks players, play street hockey, and more!