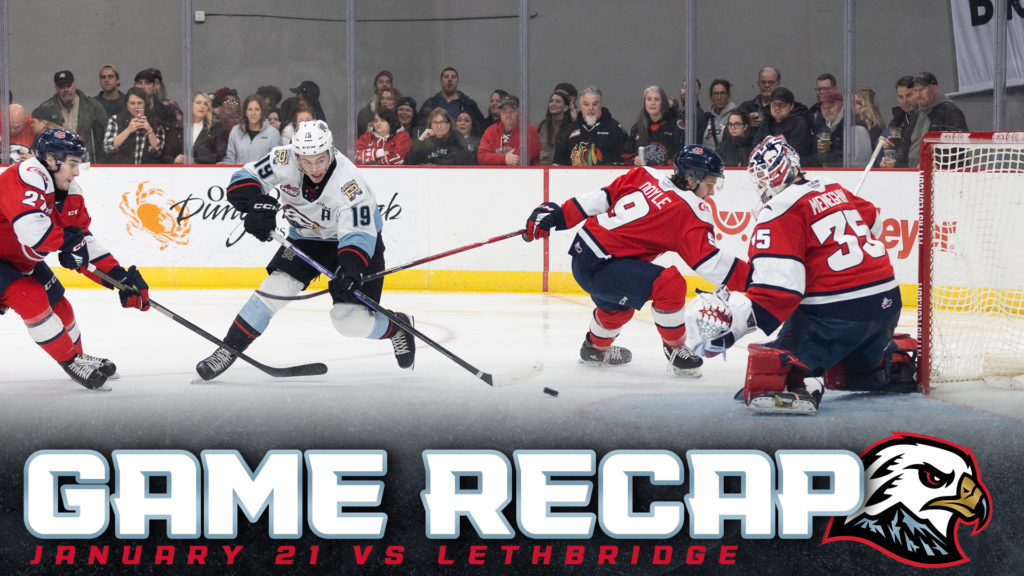 A first goal for Chaz Lucius and three tallies in the final frame highlighted a second win in as many days for the Winterhawks.

Chaz Lucius scored his first WHL goal, Robbie Fromm-Delorme and Gabe Klassen each scored for the third straight game and the Winterhawks (30-8-2-1) knocked off the Lethbridge Hurricanes (24-16-3-2) 5-2 on Saturday night.

Portland’s Jan Špunar made 28 saves on 30 shots for the victory.

After striking fast with a goal 12 seconds into last night’s contest, the Hawks struggled to generate offense early and fell behind when Logan Wormald notched his 18th of the year on a Lethbridge power play. Despite the slow start, Portland rebounded in the second period with two goals in four minutes midway through the frame. Fromm-Delorme potted the first, tapping home a Lucius rebound for his 23rd of the season. With the wind at their back, the Hawks began to mount pressure and took the lead on Lucius’ first WHL goal, a laser from the high slot at 13:16 of the frame.

The Hurricanes responded with a quick strike in the third period from Tyson Laventure to tie it at three, but three unanswered Portland goals sealed the win. First, Klassen posted his team-leading 25th of the year – the eventual game-winner – on the power play at 7:23, then Diego Buttazzoni gave the Hawks some breathing room two minutes later, displaying some slick hands for his third goal of the campaign. A second strike from Fromm-Delorme into the empty net clinched the 5-2 victory.

The Winterhawks are back in action on Monday at 12:00 P.M. for Kids Day against the Spokane Chiefs.

“It was a great team win, and we were battling it out last night, too, big OT win. We had a rough road trip but we’ve been bouncing back now, so we’re on the right track and hopefully we keep going from here.”