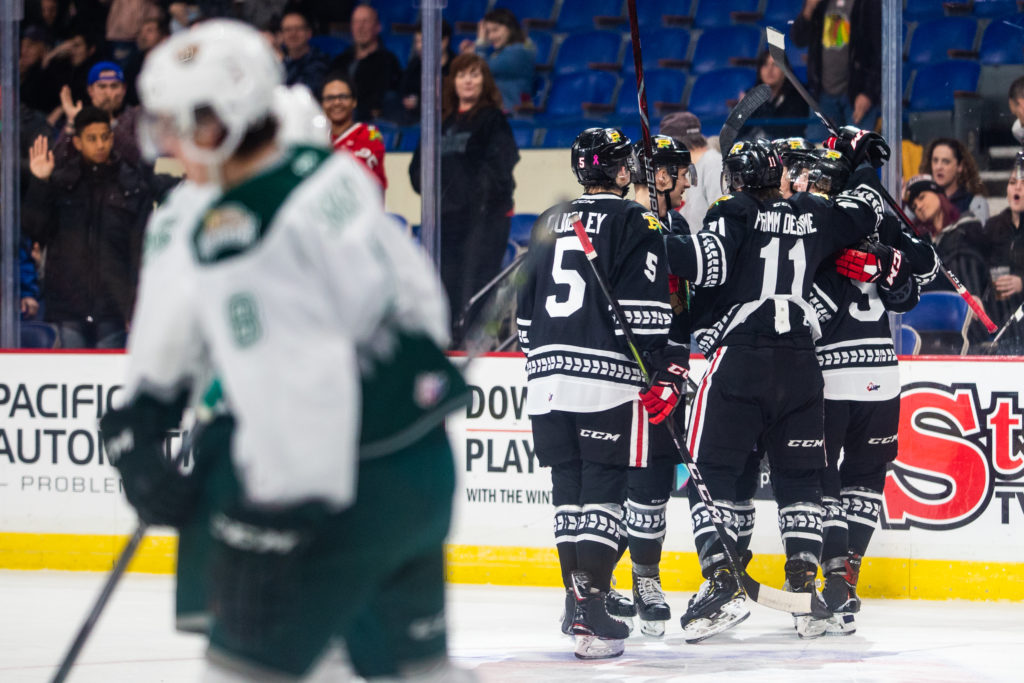 After a hard-fought game, the Hawks tacked on four goals to beat Everett 4-1 in their final head-to-head meeting of the season. The win marks the third straight year 40-win regular season for Portland.

The Winterhawks scored less than five minutes into the second period on an offensive zone takeaway. Reece Newkirk forced in his 22nd goal of the season to give the Hawks a 1-0 lead after 40 minutes. Joel Hofer denied 29 straight shots to take the game into the second intermission break and Portland came out firing in the third frame.

Five minutes into the third, the Hawks set up a face-off play to perfection and one-timed in a shot from the slot to take a 2-0 lead. That score would remain until the final 2:30 when Everett spoiled Joel Hofer’s shutout with an extra attacker.

Everett never had a chance to get back in the game as Portland buried two quick empty net goals to seal the victory. The Hawks won three of their four home games against Everett this year and they turn their attention to Seattle for a pair of weekend games.