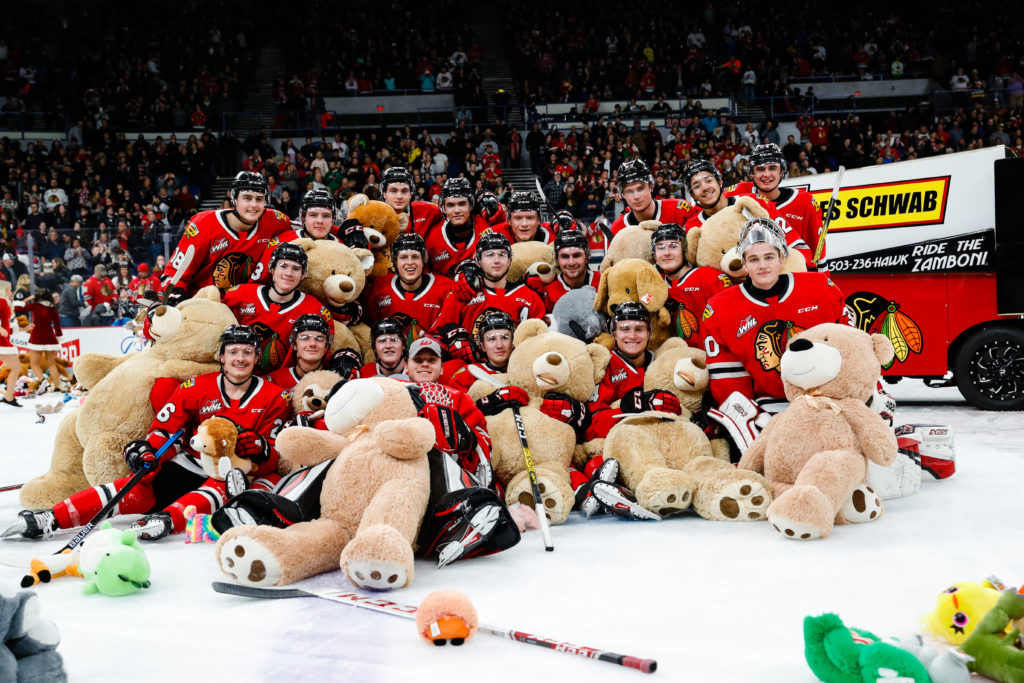 Gilliss scored in the seventh minute of the game, prompting 11,156 teddy bears to come on to the rink and shower the Hawks celebrating at center ice. Portland extended the lead to 3-0 in the second period with big time goals from Reece Newkirk and Simon Knak to steal all the momentum.

Portland is now 3-0-0-0 against the Cougars this season and the two teams will meet for the final time during the regular season on Sunday for a 5:00 p.m. puck drop at Veterans Memorial Coliseum.