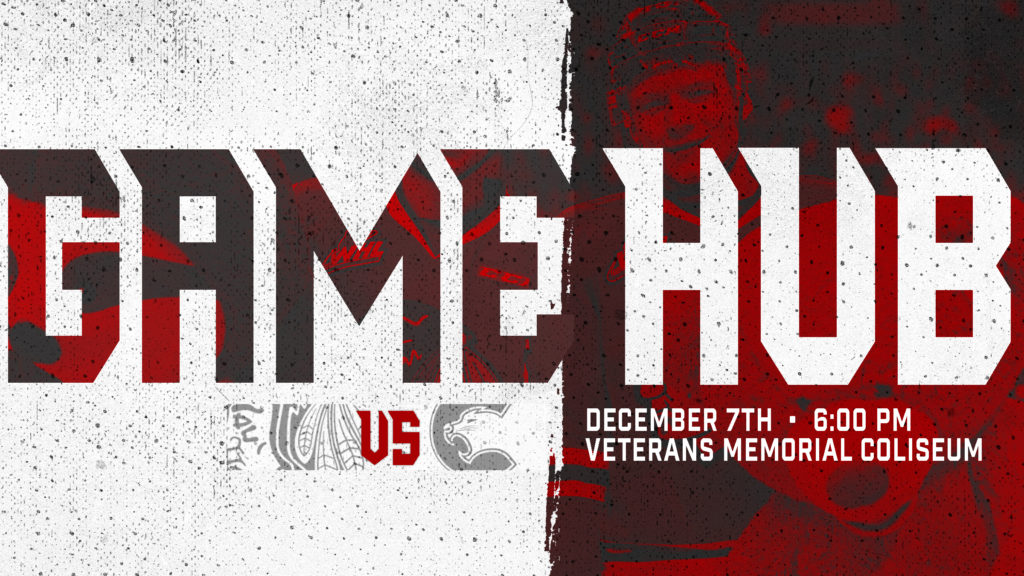 Listen Live: Winterhawks Radio Network and on the Winterhawks App.
Plus, you can listen to the game in the arena on 87.9 FM.
Watch Live: WHL Live
Tickets: Portland vs. Prince George

Saturday night will be the third time the Winterhawks and Cougars have matched up on Portland’s Teddy Bear Toss game, with each team earning a win in the previous two meetings.

Johnny Ludvig is the only other current rostered player to score a Teddy Bear Toss goal in his WHL career. His goal on December 9, 2018 against Everett that send the teddy bears flying was his first career goal he scored in Portland.

The Winterhawks swept the weekday series in Prince George on Tuesday and Wednesday, earning a 3-0 win and a come-from-behind 5-4 overtime victory. Five Winterhawks have at least three points against the Cougars this season and New York Islanders prospect Reece Newkirk recorded his 100th career WHL point with Portland in the last meeting.

On Wednesday, Portland also scored three power play goals to help them surge back from a 3-1 deficit in the third period. The Hawks currently lead the Western Conference with a 25% power play this season. Tonight, the Teddy Bear Toss goal will be the team’s 100th goal of the season.

The Portland Winterhawks were out in the community at local Toyota Dealerships to meet with fans and accept entries for the 2019 Toyota Hockey Family of the Year.

The Toyota Hockey Family of the Year contest will give families, regardless of their affinity to the sport of hockey, a chance to win the Grand Prize, a NEW 2020 Toyota RAV4 with an MSRP of approximately $36,000. The Winterhawks have announced the 13 Finalist Families for the Toyota Hockey Family of the Year. Visit winterhawks.com/toyota2019 to cast your vote. You can vote once per day. The winning family will be announced at the Toyota New Year’s Eve Game against Seattle.