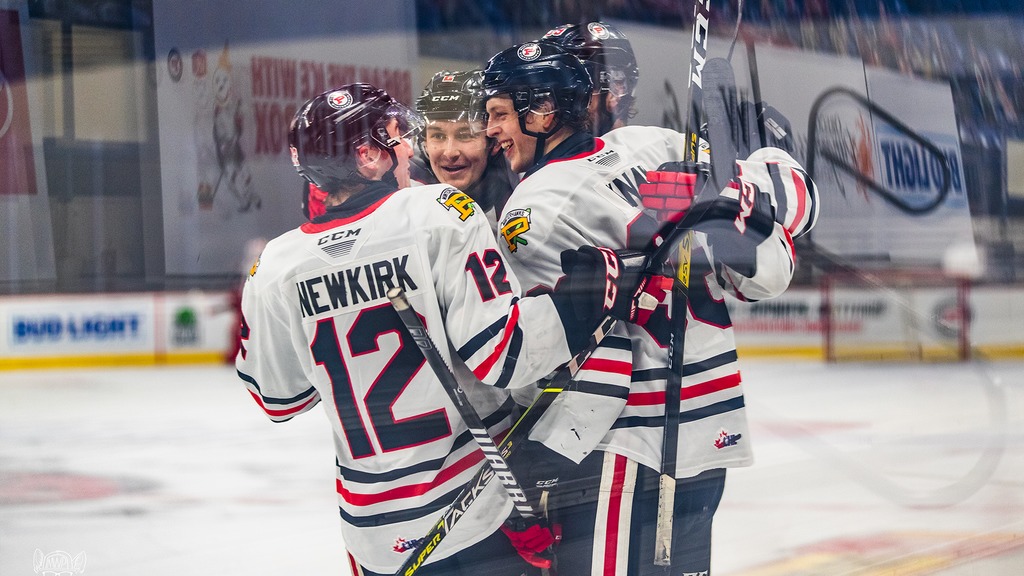 Special teams tallies in the first 40 minutes got Portland on the board and a strong third period pushed them to victory.

Opening their pair of games this weekend on home ice, the Winterhawks welcomed the Tri-City Americans to Veterans Memorial Coliseum Friday.

Despite dictating the first period’s pace and shots, Portland allowed the first goal of the night, coming from Colorado Avalanche prospect Sasha Mutala. Off a design play from the faceoff dot to the blocker-side of Dante Giannuzzi, Mutala fit one through traffic for his first of two on the night.

The evening’s first lead would last just 42 seconds though.

Down a man, Simon Knak picked up the puck in his own end and went coast-to-coast before tucking one in on Talyn Boyko to tie the game at 1-1. The goal was the third shorthanded goal of the season for Knak, a feat that 20 WHL teams have not even reached yet this season.

The second period began with a flare, as Mutala would score just 19 seconds in to put the visitors back in the lead.

This time around their lead would last for the majority of the period, but courtesy of two special teams goals from Jaydon Dureau and Simon Knak, Tri-City exited the frame trailing by one.

Up 3-2 going into the final frame of regulation, the Winterhawks tacked on three more in the third to cruise to their second straight victory.

Seth Jarvis was gifted his third of the year on a turnover by the Tri-City netminder, Kurtis Smythe netted his first in the WHL on a bullet from the blue line and Nick Cicek got a hometown bounce into an empty net to conclude the night.

Dante Giannuzzi picked up his second win of the season with 21 stops.

“I don’t think it was our A-game. I know we scored a few late, but I just felt that our possession and our execution was a bit sloppy tonight. We can be better. [Tri-City] is a big, physical team and they can give you trouble in our own zone but I thought our skating legs started to take over the game.”

– Kurtis Smythe’s goal was his first in 36 games in the WHL.