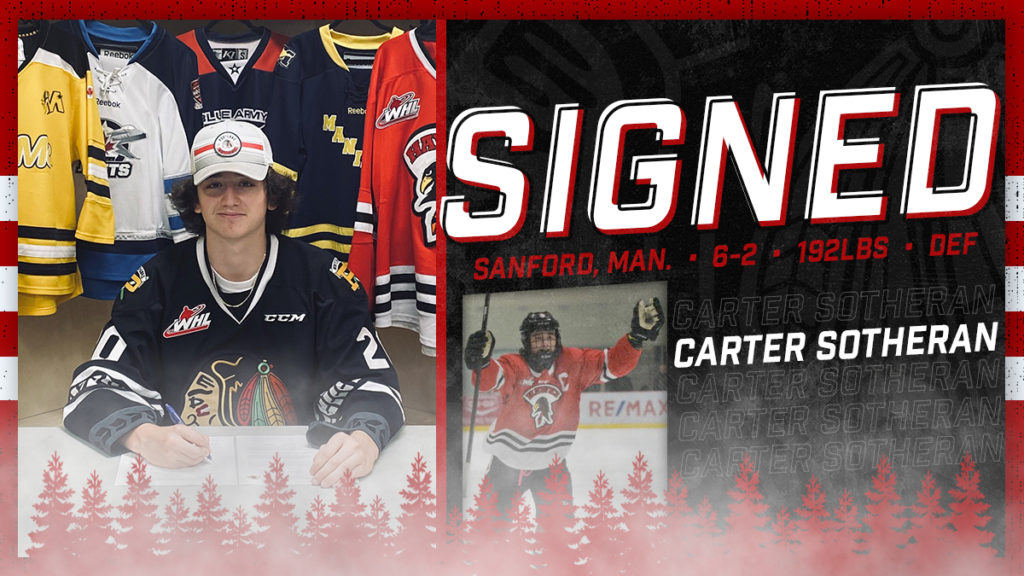 Portland, Ore. – The Portland Winterhawks, proud member club of the Western Hockey League, are pleased to announce the signing of defenseman Carter Sotheran.

Sotheran (2005) currently plays for the Pembina Valley Hawks organization in Manitoba and he most recently represented the Hawks as their team captain.

This past season, the 6-foot-2, 192-pound right-handed defenseman played four games at the U18 level and scored once before the league cancelled its campaign due to the COVID-19 pandemic.  Leading up to his WHL Draft selection, Sotheran played 72 games for the U15 Hawks and netted 26 goals and 50 assists for 76 points.  During the 2019-20 season, he led his entire team in scoring as a defenseman.

The Sanford, Man. native was selected by the Winterhawks in the fifth round, 97th overall, of the 2020 WHL Draft.  Sotheran, who celebrates his 16th birthday today, joins fellow 2005-born prospect Rhett Ravndahl as the second player from his draft class to sign a Standard Player Agreement with Portland.