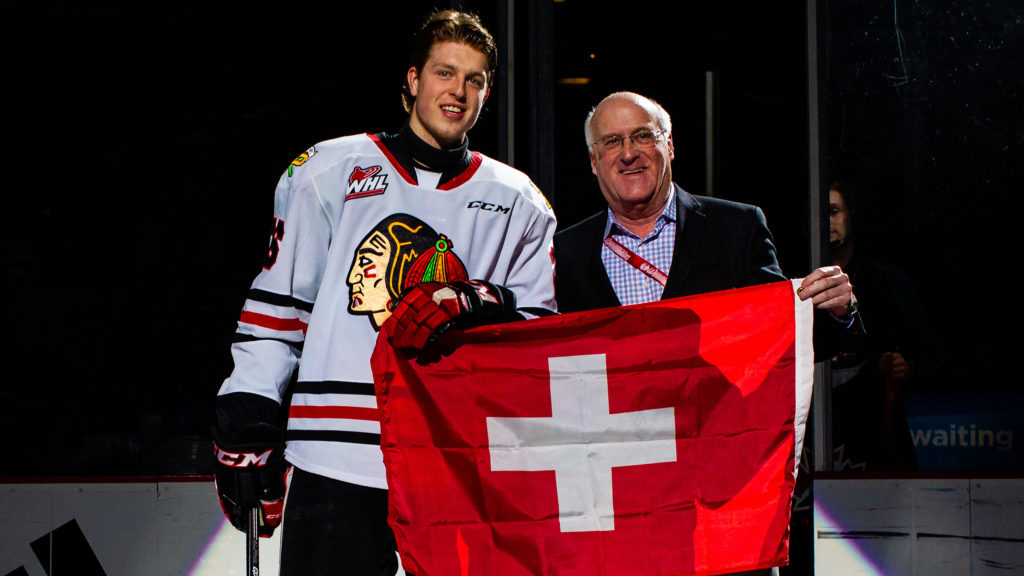 The Portland Winterhawks are proud to announce that forward Simon Knak will play for Team Switzerland at the 2021 IIHF World Junior Hockey Championships from December 25, 2020 to January 5, 2021 in Edmonton.

Switzerland, along with the nine other countries competing, arrived in Canada on Sunday night and will follow a one-week quarantine procedure before joining the competition bubble. Switzerland is scheduled to play in two exhibition games against the United States and Sweden on December 20 and 22, respectively, before Group play commences on Christmas day.

The Zurich, SUI native finished tenth in Western Hockey League rookie scoring last year, potting nine goals and 25 assists for 34 points in 49 games with the Winterhawks. In October, Knak was recognized on NHL Central Scouting’s Players to Watch List for the 2021 NHL Draft.

Due to the delayed start of the 2020-21 WHL Regular Season, Knak has been playing in Switzerland with HC Davos on a temporary loan. Through his first 11 professional games, he has two goals and two assists.