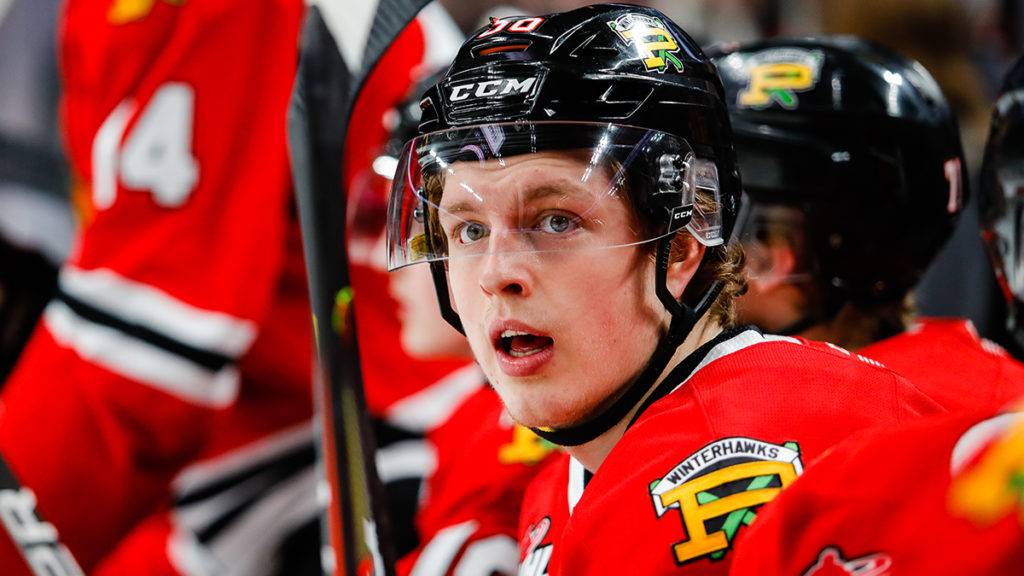 Portland Winterhawks forward Simon Knak has been invited to Switzerland’s National Junior Team Selection Camp, which is scheduled to take place from December 6 to December 12 in Zug, SUI.

Knak is one of nine Canadian Hockey League athletes named on the initial 34-player roster. The camp invitees will compete for a chance to represent Switzerland at the 2021 IIHF World Junior Championship from December 25 to January 5 in Edmonton, Alta.

The second-year Winterhawk recently represented his home country at the 2020 IIHF World Junior Championship and 2020 Hlinka Gretzky Cup. Knak has a leg up to make the final roster this year having already played in the world’s most prestigious junior hockey event as a double underage skater.

The Zurich, SUI native finished tenth in Western Hockey League rookie scoring last year, potting nine goals and 25 assists for 34 points in 49 games with the Winterhawks. Knak is currently playing with HC Davos on a temporary loan in Switzerland while he awaits the start of the 2020-21 WHL Regular Season. Through his first eight professional games, he has two goals and one assist.