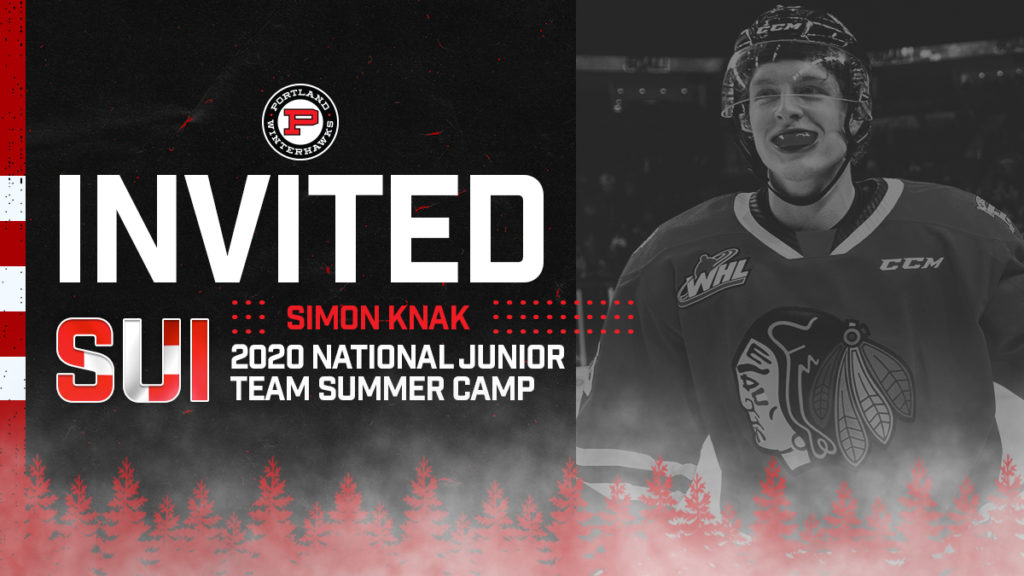 The camp, comprised of 15 forwards, 10 defensemen and three goaltenders, is used to help determine the Swiss roster for the 2021 IIHF World Junior Championship. The tournament will be held in Edmonton and Red Deer, Alta. from December 26, 2020, to January 5, 2021.

Fellow countryman Simon Knak was selected 40th overall by the Winterhawks in the 2019 CHL Import Draft, earning 34 points (9G-25A) in 49 games during the 2019-20 season. Knak, a 6-foot-1, 185-pound product of Zurich, SUI was also a member of Team Switzerland during the 2020 World Junior Championship, where he recorded two goals in five games.

Ranked 85th amongst North American skaters on the NHL Central Scouting final rankings, Knak will look to impress during camp as it is one of the last opportunities to prove his talents before the 2020 NHL Draft.

Baragano, a product of Lausanne, SUI, joined the Blazers after he was selected 16th overall by Kamloops in the 2019 Canadian Import Draft. In 60 regular-season games, the 5-foot-10, 165-pound rearguard totaled 16 points (5G-11A).