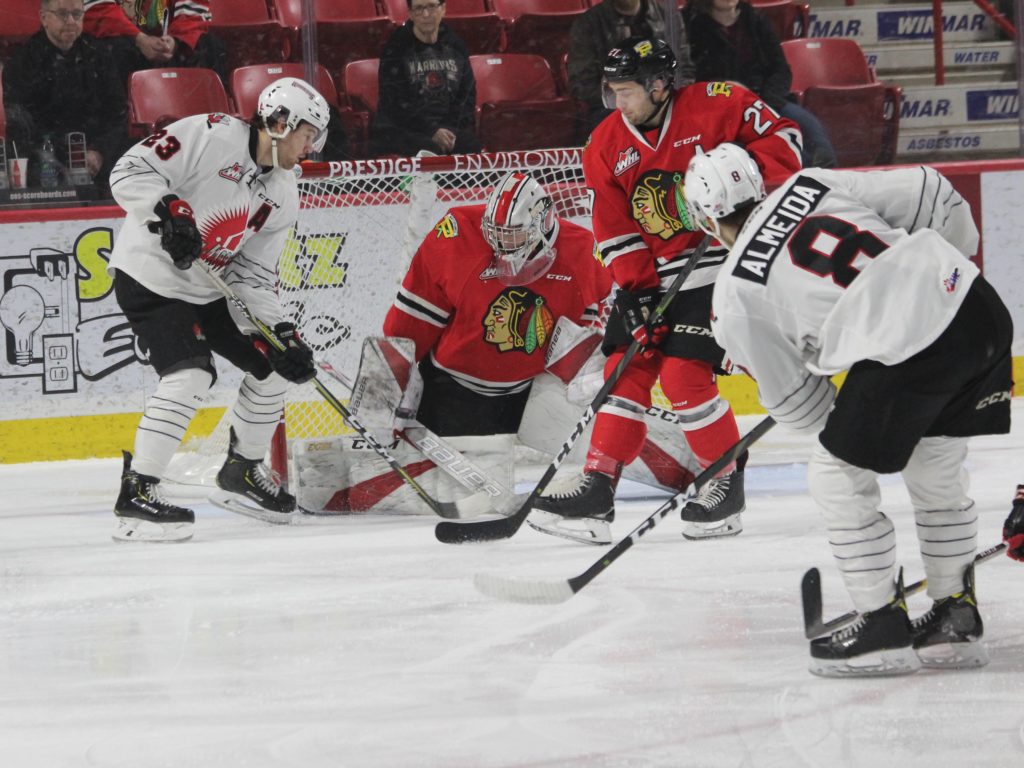 For the third time this season, the Winterhawks shutout their opponent, beating the Moose Jaw Warriors 6-0 on the road. The Hawks handed the Warriors their largest loss of the season.

Portland had one of its best starts of the season, leaping out to a 4-0 lead at the end of the first period. Reece Newkirk, the native of Moose Jaw, scored the first of the night on a shot from the right circle to wedge it through the glove of Adam Evanoff. The tally gave him points in his last four games.

Approaching the media timeout, Joachim Blichfeld made a head fake pass to find Jake Gricius streaking through the slot. The Colorado native faked out Evanoff and slid the puck passed his left pad, giving the Hawks a 2-0 lead. Minutes later the Hawks made a tic-tac-toe pass to find Lane Gilliss on the right wing for a one-time goal and a 3-0 advantage.

Moose Jaw tried to claw its way back in the game, but Shane Farkas made a combo of impressive pad stops and the defense locked down. Before the end of the period, Nick Cicek fired a low point shot that pinballed out to Clay Hanus. He blasted in the rebound to give the Hawks a four-goal cushion heading into the locker room. The Hawks chased starting goaltender Adam Evanoff after seeing just 11 shots.

Coming out for the second and third periods, the Hawks maintained momentum by scoring early. Seth Jarvis cashed in on a hustle play to open the second period, stripping the puck from backup goaltender Brodan Salmond 18 seconds into the middle frame. Joachim Blichfeld added to his WHL point lead with a nifty top shelf goal to make it 6-0 Portland.

Shane Farkas put together a marvelous performance, denying all 23 shots he faced on Saturday night to earn his sixth shutout of his WHL career. With the win, Portland increases its win streak to four straight games.

Portland heads to Canada to play six games in nine nights against the East Division teams. They return on January 19th for a home game against Everett in the sunset game at the Veterans Memorial Coliseum. The puck is set to drop at 5:00 p.m. Be sure to visit winterhawks.com/tickets for full details on pricing and availability.

MJ: Adam Evanoff with 7 saves and