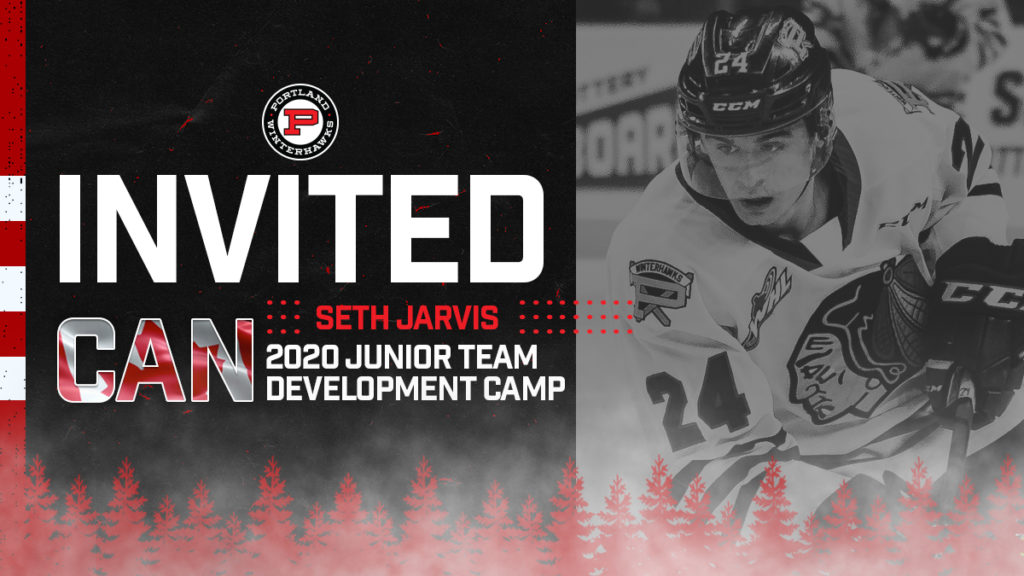 The group of WHL talent is led by 2020 WHL Player of the Year Adam Beckman (Minnesota Wild) of the Spokane Chiefs and features seven forwards, five defensemen and three goaltenders. Defensemen Bowen Byram (Colorado Avalanche) of the Vancouver Giants, Kaedan Korczak (Vegas Golden Knights) of the Kelowna Rockets and Matthew Robertson (New York Rangers) of the Edmonton Oil Kings, as well as forwards Dylan Cozens (Buffalo Sabres) of the Lethbridge Hurricanes and Peyton Krebs (Vegas Golden Knights) of the Winnipeg ICE, represent the five other players selected in the 2019 NHL Draft.

Eight WHL players attending the camp are eligible for the 2020 NHL Draft, including Portland Winterhawks forward Seth Jarvis, who is ranked 11th among North American skaters according to NHL Central Scouting’s Final Rankings.

Through 58 games, Jarvis finished second in the WHL with 98 points and third in goal scoring with 42. The projected first round selection in this year’s NHL Draft most recently donned the Maple Leaf at the 2019 Hlinka Gretzky Cup and helped Canada to a second place finish at the tournament.

Kaidan Guhle of the Prince Albert Raiders, Braden Schneider of the Brandon Wheat Kings, Ridly Greig of the Brandon Wheat Kings, Connor Zary of the Kamloops Blazers and Jack Finley of the Spokane Chiefs ranked within the top-40 skaters in North America, also earned camp invitations. Dylan Garand of the Kamloops Blazers landed sixth among North American Goaltenders with Taylor Gauthier of the Prince George Cougars ranking 19th. Netminder Sebastian Cossa of the Edmonton Oil Kings is the lone WHL prospect at the camp eligible for the 2021 NHL Draft.

“We are excited to begin preparations for the 2021 IIHF World Junior Championship with this group of 41 players and our full staff at our online camp, as we believe we have a good mix of veteran leadership and young talent that are eager to represent Canada during the holiday season,” said Scott Salmond, senior vice-president of national teams for Hockey Canada. “We are also pleased to have Michael and Mitch round out the coaching staff, as their Canadian Hockey League and international experience will compliment André Tourigny’s leadership while we work towards defending our gold medal on home ice.”

The 2021 IIHF World Junior Championship returns to Canadian ice this December, with Edmonton, Alta. and Red Deer, Alta., set to co-host the annual holiday tradition. Games will be played at Rogers Place, the home of the NHL’s Edmonton Oilers and the WHL’s Edmonton Oil Kings, and at the Westerner Park Centrium, home of the WHL’s Red Deer Rebels.