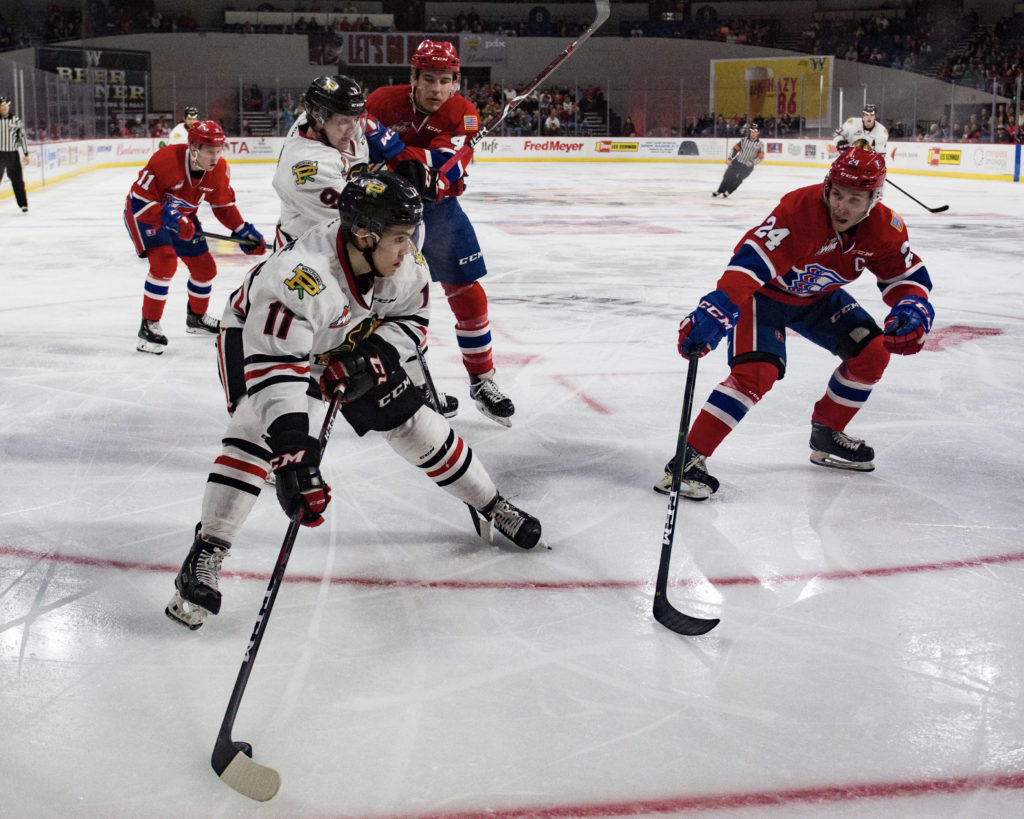 For the first time in the series, a game was decided in overtime with Spokane’s Riley Woods netting the game-winning goal 9:35 into the overtime period. The game featured three ties and three lead changes, but Spokane scored the final goal to take a 2-games-to-1 series lead.

Robbie Fromm-Delorme paced the offense for the Winterhawks with two goals and seven shots on goal, his first multi-goal game in the Western Hockey League. He scored 99 seconds into the game and had the go-ahead marker to make it 4-3 early in the third period.

Portland jumped out to a two-goal advantage less than seven minutes into the game, but Spokane battled back. Five different players scored for the Chiefs and Riley Woods racked up his fifth point against the Hawks in the 2019 postseason. Spokane has now won the last three overtime games in the playoffs dating back to last season.

In net, Joel Hofer set a new playoff high with 38 saves in the overtime loss. The two team’s take to the ice Wednesday night at 7:00 p.m. PT for game four of the series.