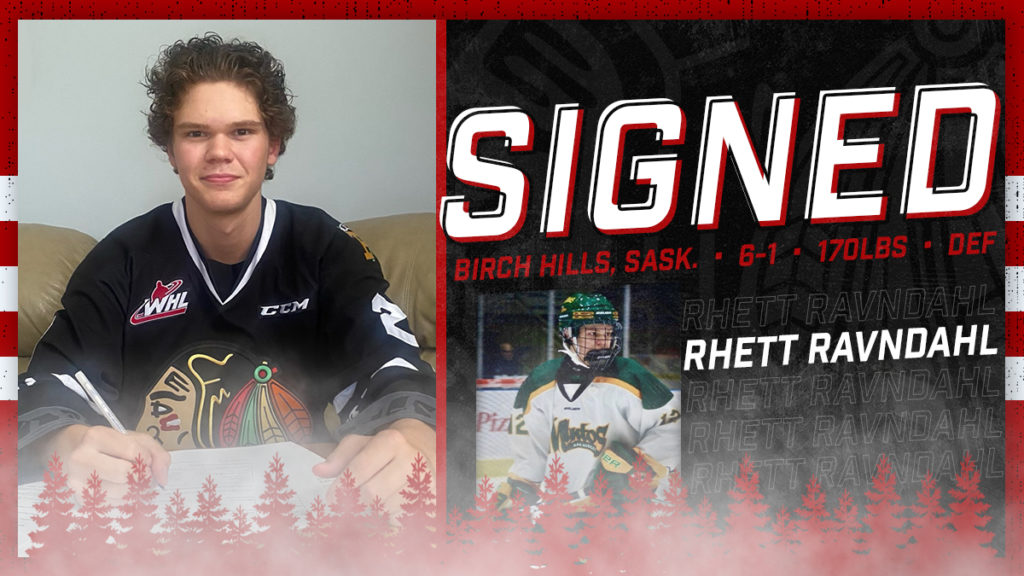 Portland, Ore. – The Portland Winterhawks, proud member club of the Western Hockey League, are pleased to announce the signing of defenseman Rhett Ravndahl.

Ravndahl (2005) spent the last two seasons with the Prince Albert Mintos U18 AAA program. Despite the 2020-21 season being cut short due to the COVID-19 pandemic, Ravndahl posted three assists in five games. Notably, the Mintos have developed some recent Winterhawks including Gabe Klassen, who is currently ranked by NHL Central Scouting, and Kishaun Gervais.

Before the Mintos, the Birch Hills, Sask. native played two seasons with the North East Wolfpack AA program and served as their team captain. In 65 games with the Wolfpack, Ravndahl scored seven goals and 39 assists for 46 points.

The 6-foot-1, 170-pound defenseman possesses a strong two-way game that will translate well to Portland’s style of play. Ravndahl was selected by the Winterhawks in the fourth round, 83rd overall, of the 2020 WHL Draft.