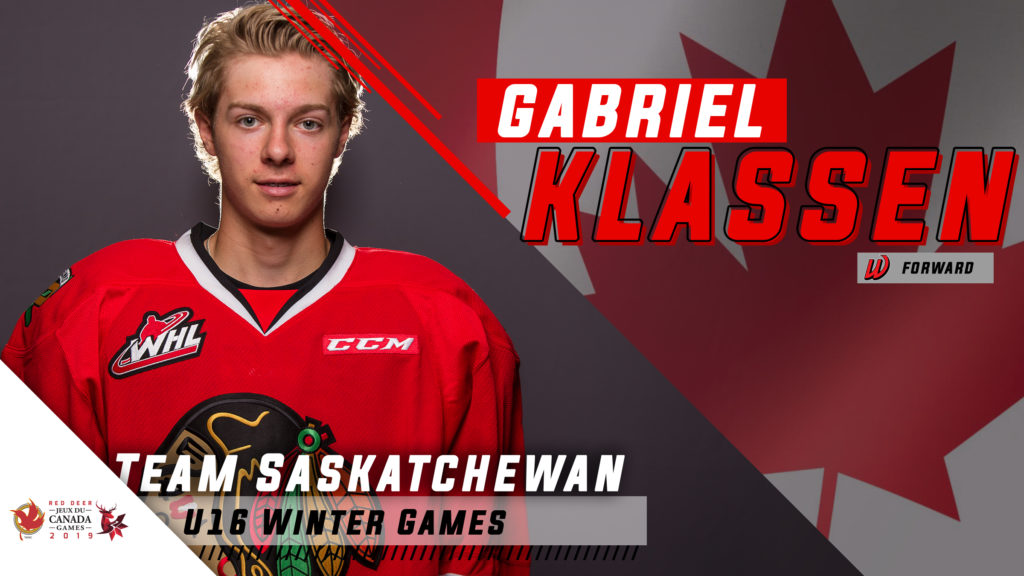 Winterhawks forward prospect Gabe Klassen was named to Team Saskatchewan’s Under-16 team for the 2019 Canada Winter Games in Red Deer.

The Hawks selected the Prince Albert-based skater in the first round, 19th overall in the 2018 Bantam Draft. Klassen signed with the Winterhawks in May and skated with the Hawks through preseason play. After leading his league in goals and points last season, Klassen has continued his impressive pace this year. The 2003 birth year skater has 16 goals and 30 points through 25 games with the Prince Albert Mintos.

Team Saskatchewan last captured a gold medal in 1995 when Patrick Marleau scored the game-winning goal against Team Alberta. The Canada Winter Games run from February 15 to March 3 in Red Deer, with the Men’s Hockey competition set for February 17-22.