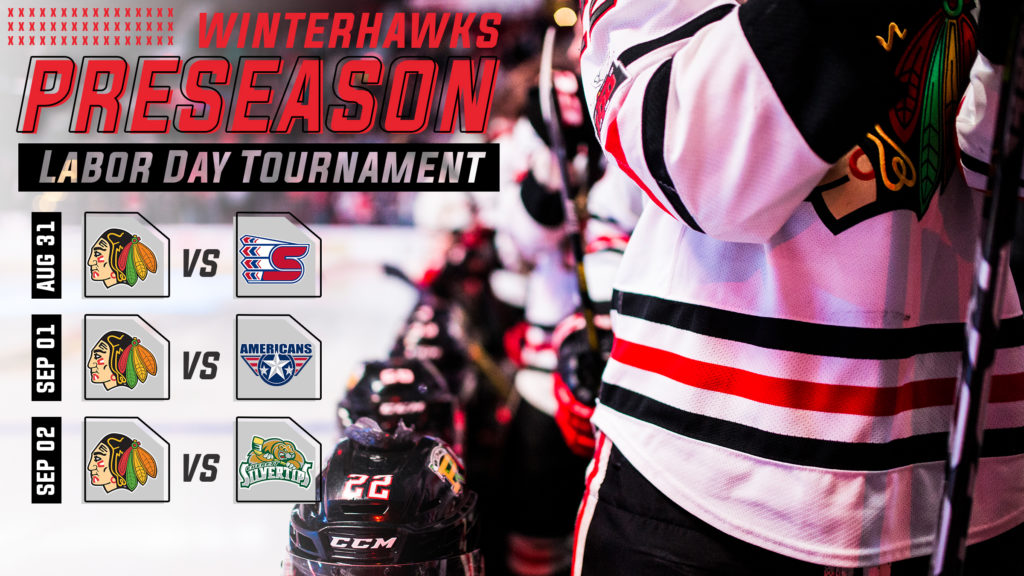 The Portland Winterhawks open preseason play this weekend in Everett at the Delta Hotel Preseason Classic. The Winterhawks will play three games in three days over Labor Day weekend against U.S. Division opponents.

As Portland prepares for the start of the 2018-19 season, fans can get their first official look at the new team. Individual tickets for the weekend can be purchased online at EverettSilvertips.com. All tickets are general admission lower bowl seating at Angel of the Winds Arena.

For fans who are unable to make the trip to northern Washington, all nine preseason games will be streamed online at EverettSilvertips.com.

With 34 players currently on roster heading into the weekend, the Winterhawks will have an opportunity to see their talent in game action before regular season play begins in a few weeks.

Winterhawks season tickets and packages are on sale now, visit winterhawks.com/tickets for full details on pricing and availability. Be sure to secure your seats for the regular season home opener on September 29th against the Seattle Thunderbirds.

Even though the games will not be broadcasted this weekend, you can stay informed along by following the Winterhawks on Twitter at @PDXWinterhawks!