Power Play Leads the Charge in Game One 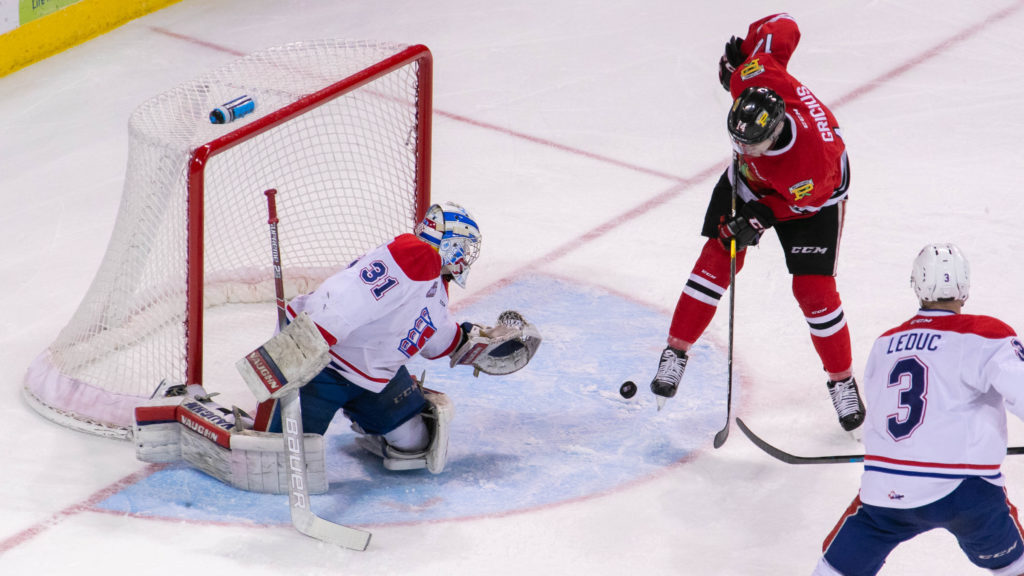 Game one of the U.S. Division Semifinal series was largely decided on the power play as the Spokane Chiefs claimed the opening victory of the WHL Playoffs with a 5-2 home win.

Portland came out with an impressive first period start, out-shooting Spokane 17-9 in the opening 20 minutes and potting a power play goal of its own. Jake Gricius tipped in the first goal of the series and his third overall in his WHL Playoff career.

After taking a 1-0 deficit at the end of 20 minutes, the Chiefs went on to score five unanswered goals, including three on the power play, to leap out to a 5-1 lead. Five different players found the back of the net for Spokane.

Portland only allowed two third period shots, but ultimately, the score proved too hard to come back from. Joachim Blichfeld netted his first of the 2019 playoffs on the man advantage with under a minute to play to end Spokane’s goal streak.

The two teams take to the ice Saturday night at 7:05 p.m. for game two of the series before heading to Portland for games three and four on Tuesday and Wednesday night.