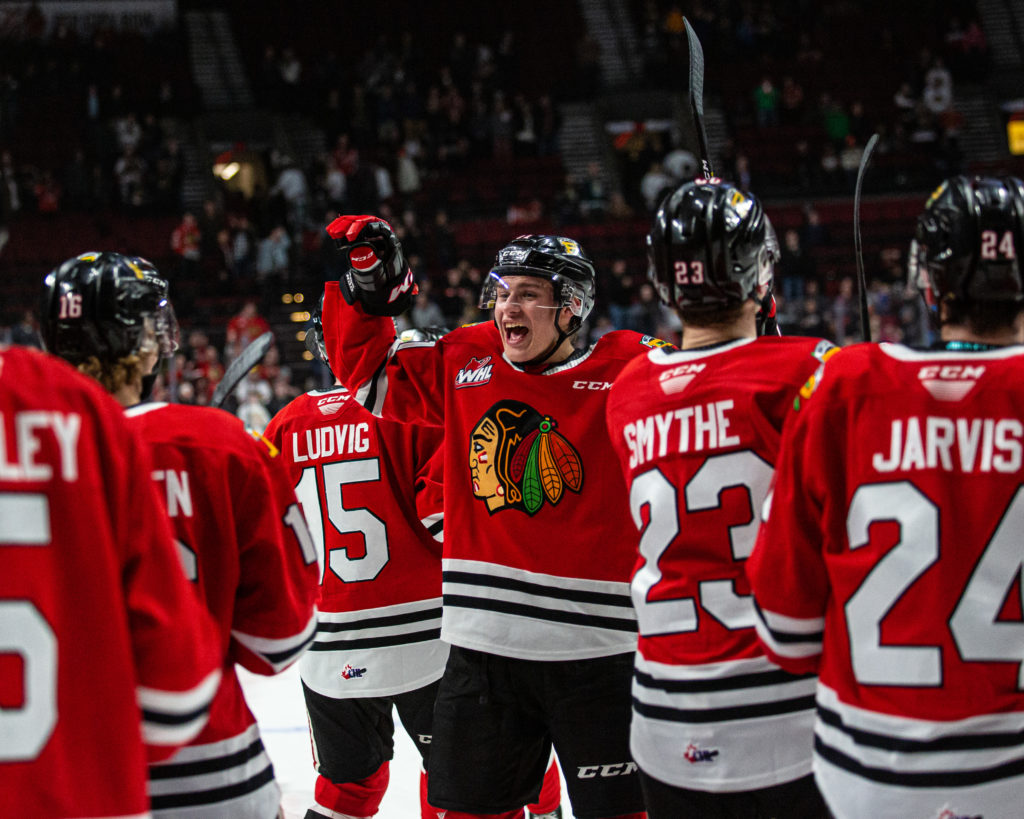 Seven different Winterhawks scored as Portland out-played Tri-City to earn their sixth consecutive win in December. They beat the Americans 8-1 at the Toyota Center on Saturday night.

It was a dominating first frame for the Winterhawks as they peppered 15 shots onto Talyn Boyko’s net. Ultimately, Portland scored the first goal of the night as rookie Tyson Kozak popped in a rebound nearly nine minutes in to give the Hawks a 1-0 lead that stood through the first intermission.

Portland was able to extend their lead in the second period. At the midway point of regulation, Robbie Fromm-Delorme set up Clay Hanus for a one-time bullet to make it 2-0. Forty seven seconds later, Krystof Hrabik scored the Americans’ Teddy Bear Toss goal that sent the stuffed animals onto the Toyota Center ice. Before the end of the second, James Stefan lasered in his second goal of the season to re-claim a two-goal advantage at 3-1.

Portland poured it on in the third period, scoring five more goals, including two on the power play to wrap up a 8-1 road victory. The Hawks only allowed four total shots in the final frame, never giving Tri-City a chance.