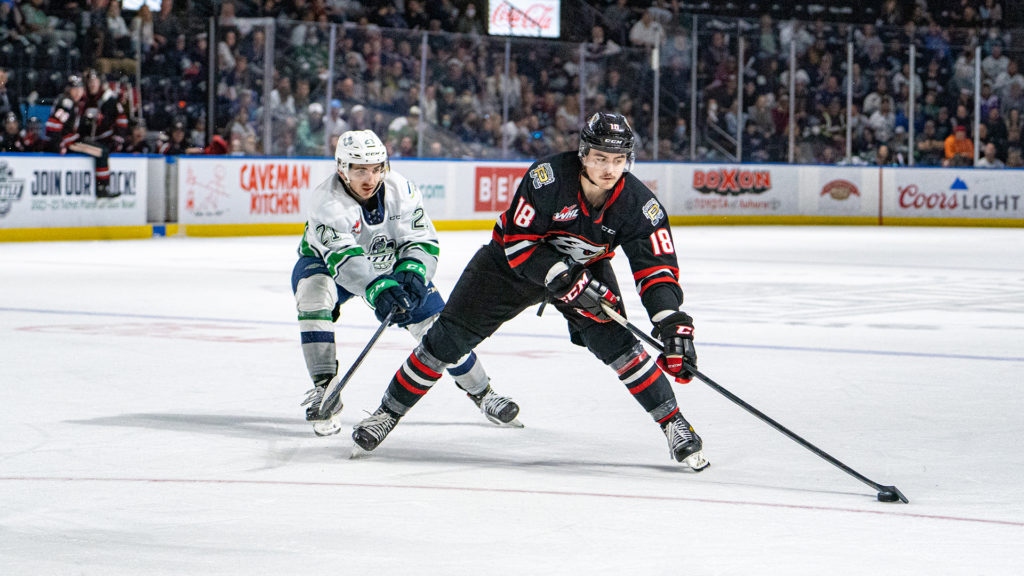 For the second straight game, the Thunderbirds edged out a close contest to force Game 7 in Portland.

Cross Hanas lit the lamp for Portland once again, but a pair of first-period tallies and 29 saves from Thomas Milic helped the Thunderbirds fend off elimination with a 2-1 win to force a Game 7 tomorrow night in Portland.

Reid Schaefer got the scoring started for Seattle just 3:12 into the contest, but Hanas quickly answered on the power play five minutes later. Hanas’ fifth of the playoffs came on a deflection of Clay Hanus’ point shot as Portland capitalized on the man-advantage. Not to be outdone, Jordan Gustafson responded for the hosts at 12:51 of the opening frame with a power-play goal of his own.

Both teams created plenty of chances throughout the final two periods, including a near-miss for Hanas’ second of the night that was ruled to have not crossed the line, but both Milic and Taylor Gauthier were stellar for their respective teams. Gauthier finished the night with a stout 34 saves on 36 shots for the Hawks.

Game 7 is set for 7:00 P.M. at Veterans Memorial Coliseum on Tuesday night.

“We’re obviously going to come the most prepared we’ve been all year for this game. This is huge. Our season’s on the line, but I have all the confidence in this group. When the VMC is going, it’s super loud and it’s the best fans in the WHL and the best atmosphere…it would be huge for us to get a lot of people to come out and support us like they have been all year.”