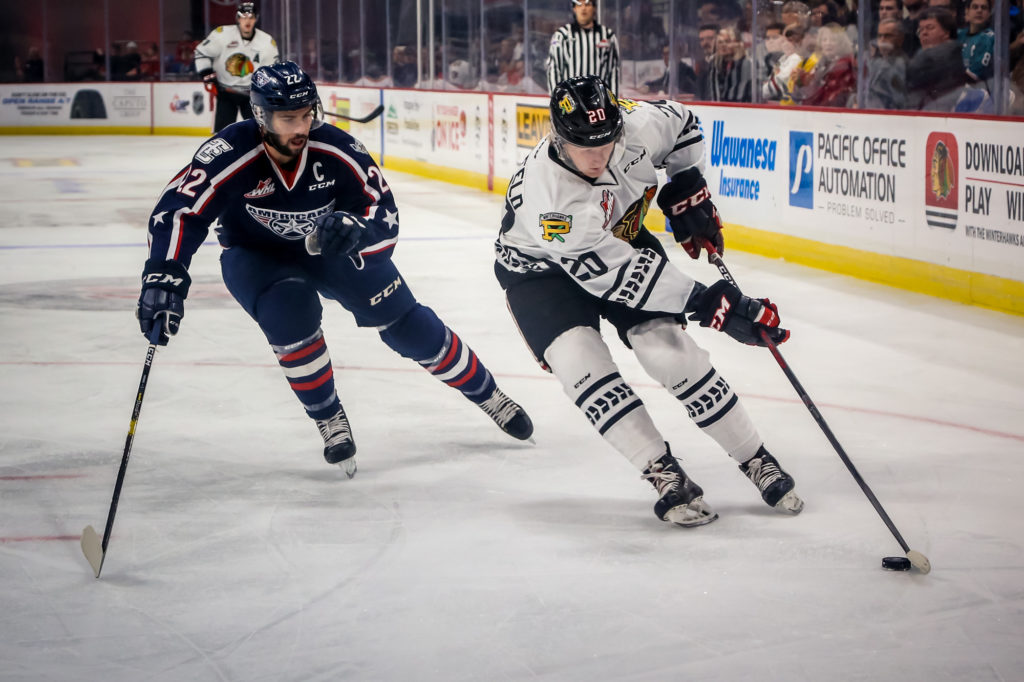 With the win, the Hawks have now won nine of their last 11 games and have earned 19 of a possible 24 points since the holiday break.

THEY SAID IT: “It was a tie game throughout the second period and we just stuck with (our game plan),” Joachim Blichfeld said. “I think in the last game we played them, we kind of took off in the third but the puck wasn’t going in, and tonight we did the same thing, but it was going in.”

NEXT UP: Portland turns its attention to Seattle and Lethbridge this weekend as the Battle with Seattle continues Saturday night at 6:00 p.m at Veterans Memorial Coliseum. The game will be televised on Portland’s CW and it’s also the annual Boeing Airplane Toss. Following Saturday night’s game, fans can fly their paper airplane onto the ice for a chance to land on targets and win prizes.