Portland Pours on the Offense to Beat Everett 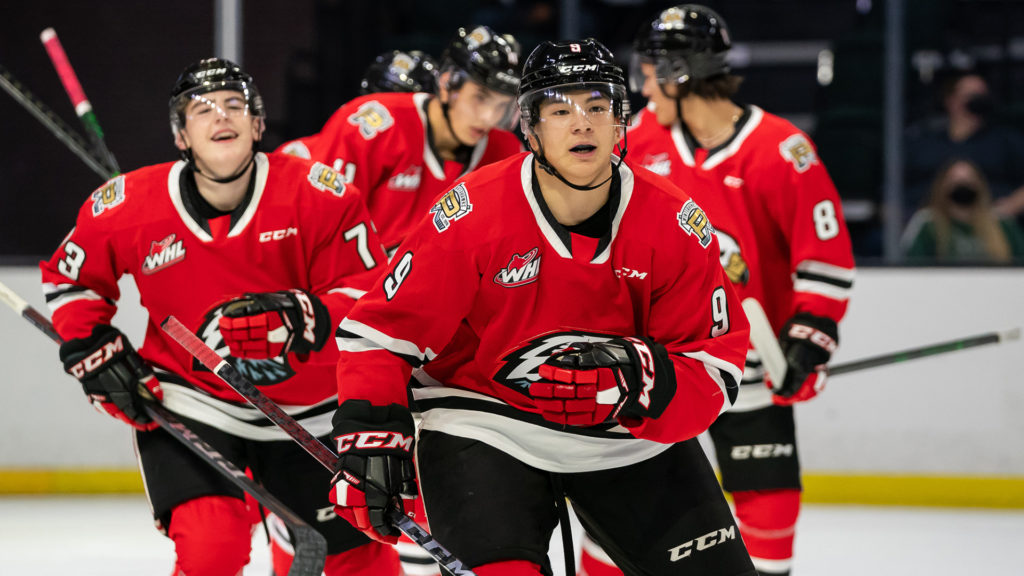 Portland pots six goals in its second preseason contest, beating the Everett Silvertips 6-2 at Angel of the Winds Arena in Everett, Wash.

We got a glimpse of the team’s depth last season and it was once again on full display tonight in Everett.  The Hawks scored three goals in their first five shots of the evening and six different players found the back of the net.

“I thought we had a really good energy to start the game and even carrying it right through to the second period,” General Manager and Head Coach Mike Johnston said of his team’s performance postgame.  “I thought we were really good and it’s been a challenge this weekend playing with a lot of defenseman that are worked into our forward group.  We had eight forwards for the game, a little limited with guys being away, but the purpose of these games is really to evaluate your young guys and give them good, quality experience so they can build on it.  I thought a lot of our young guys had good games and our young defense and we put Tallman and Cagnoni up front for the most part and I thought they were good up front as well.”

Early in the second period, newcomer Josh Zakreski scored his first goal as a Winterhawk and had this to say on his breakaway finish:  “The puck hopped in a little bit there so my heart kind of dropped for a couple seconds and then it finally went in, and I was just ecstatic. First in the WHL is something I’ll never forget.”

Giannuzzi and Gordon came to play.

Dante Giannuzzi drew the start for his second straight game and played 40 minutes of quality netminding.  With an early lead, Giannuzzi stopped a breakaway chance against returner Jackson Berezowski and never allowed the ‘Tips a chance to comeback in the game.  It should be noted that the Hawks have yet to allow a goal while playing 5-on-5.  On Friday, Seattle scored one shorthanded, breakaway goal and tonight, Everett scored its two tallies on the power play.

Gordon entered the game to start the third period and after allowing just seven shots in the second period, Everett peppered 23 shots on net in the final frame and Gordon scrambled aside 22 of them.

“In the third, (Everett) started on the power play and then they kept getting power plays which gave them a little bit of momentum and a lot of shots and Lochlan Gordon was good.  He looked calm, poised, and controlled in net.  Both of our goaltenders were good tonight. They’ve had two good games here in Everett,” Johnston said.”

After the Hawks took a three goal lead, the game grew chippy and there was plenty of extra curricular activity after whistles.  Portland gave Everett nine power plays and that will be something the team will continue to work on over the coming weeks.

“It was a hard battle tonight, physical, we took way too many penalties, but we’ve got to learn from that and we just have so many new bodies in the line-up.”

Eyes on the Captaincy

With former captain Nick Cicek graduating from the WHL and signing an AHL contract with the San Jose Barracuda this offseason, a new Winterhawk will assume the role of captain in 2021.  Twenty-year-old Kade Nolan wore the “C” against Everett tonight.

Now, we know the team gets to vote on the captaincy, but worth noting the coaching staff entrusted their veteran defenseman with the leadership duties.

COACH SAID IT:  What’s next this week?

“We want to continue to develop our young guys who have a good week of practice.  A lot of our guys are even playing special teams and things like that at a young age, which is great to see.  With the guys away (at NHL Development camps), it provides opportunity and then we’ll get a good handle on maybe some of the guys who were away will start to trickle back later in the week.”