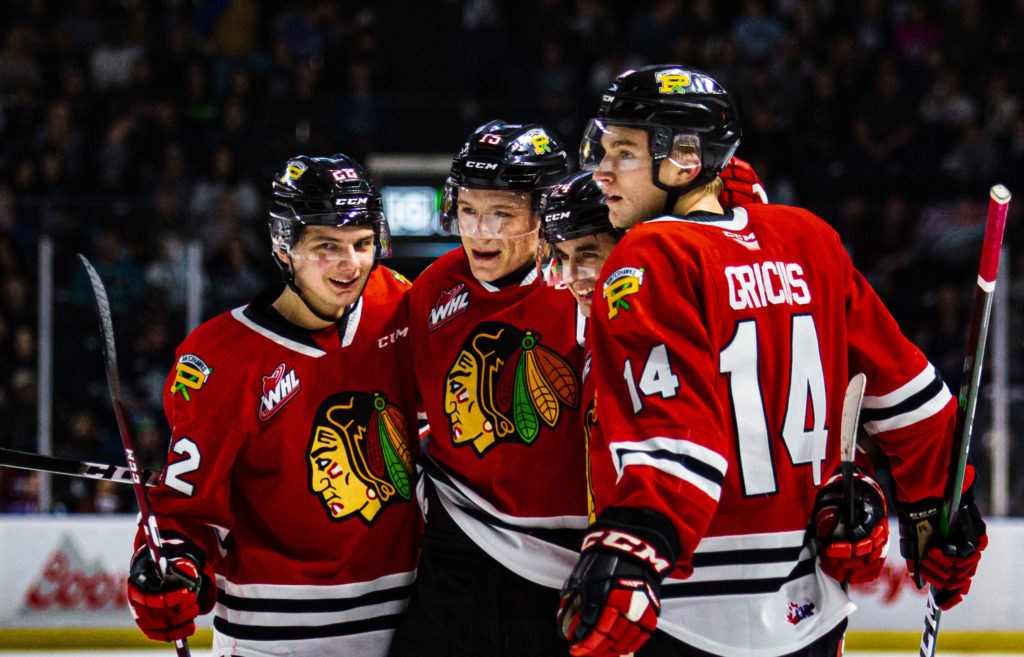 Portland wins its third straight game against Seattle, charging back from an early deficit to beat the Thunderbirds 6-5 in a shootout.

Seattle jumped out of the gate scoring two goals on its first five shots of the night, but Portland would pounce back quickly. After the media timeout, the Winterhawks got on the scoreboard thanks to Cross Hanas burying his 14th goal of the season to cut into the Thunderbirds lead.

A few minutes later on the penalty kill, the Hawks scored their second shorthanded goal of the weekend as Jaydon Dureau beat Roddy Ross on a breakaway to tie the game at 2-2. With momentum, Seth Jarvis took over the rest of the opening 20 minutes. The Hawks leading scorer netted a power play goal, his 25th of the season, and put a Seattle defenseman in a blender to score a highlight reel goal in the final two minutes of the period. All four first period goals were separated by just 6:10, giving Portland a 4-2 lead into the intermission.

Portland cashed in on their second straight power play chance early in the second period. Reece Newkirk shot in the puck at the top of the crease to give Portland its largest lead of the night at 5-2. Seattle, however, did not back away. The T-Birds scored three straight goals to close the frame and make it a 5-5 contest heading into the third period. Cade McNelly started the streak of three straight goals when he scored his second goal of the season, both of which have come against the Hawks. Payton Mount collected his third point of the night, scoring a power play goal to cut the deficit to one and Czech Republic native Simon Kubicek banked in the tying goal with under a minute to play on a defensive zone mistake.

Surprisingly, those were the last goals scored until we went to a shootout. The Winterhawks were forced to kill off a penalty in the overtime period and Joel Hofer was locked in, making six saves in the bonus five minutes. Cross Hanas scored the first and only shootout attempt of the night and Hofer turned aside all three Seattle shooters to earn the 6-5 road win and extend the winning streak to seven in a row.