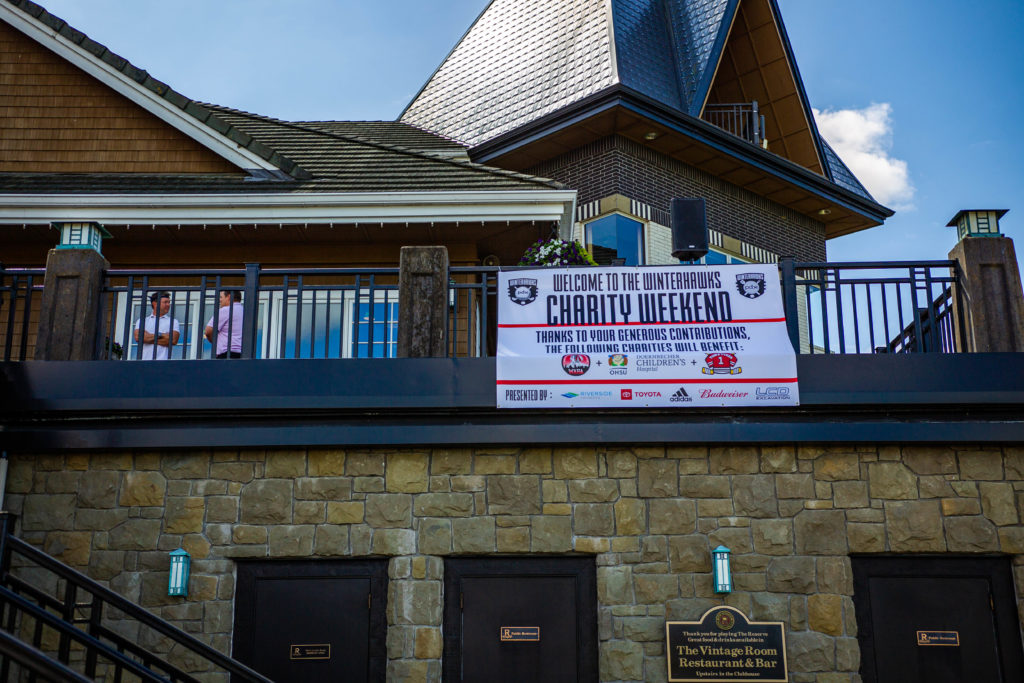 As a result of the efforts of many in our hockey community, the Winterhawks were able to raise over $50,000 dollars during the two-day event. The Winterhawks would like to thank everyone for their incredible support!

The event included a charity cook out and golf tournament. The all-new event brought together Winterhawks staff, alumni, current Winterhawks and esteemed members of the hockey community.

The Cook out was hosted at Langdon Farms’ Red Shed on August 18th. It included a silent & live auction, a BBQ themed dinner, and was a perfect evening to support two fantastic causes. Throughout the night Winterhawks alumni, current players, Portland Buckaroos legends and WHL off-ice officials mingled with Winterhawks fans for an exciting hockey experience. Canadian comedian Kelly Taylor delighted those in attendance with his hockey themed comedy and had the audience in stiches for much of the event! After Kelly’s performance, it was time for the live auction! Some of the fantastic auction items included:

The following day, the Winterhawks hosted their Charity Golf Tournament at the Reserve Vineyard & Golf Club. Winterhawks Alumni such as Anton Cederholm and Tyler Wotherspoon paired with recent Winterhawks stars Cody Glass, Joachim Blichfeld and Brendan De Jong joined in on the action. Some were even auctioned off to golfers in support of our great causes! The course was in fantastic shape and all those in attendance enjoyed a beautiful day in support of two great initiatives.