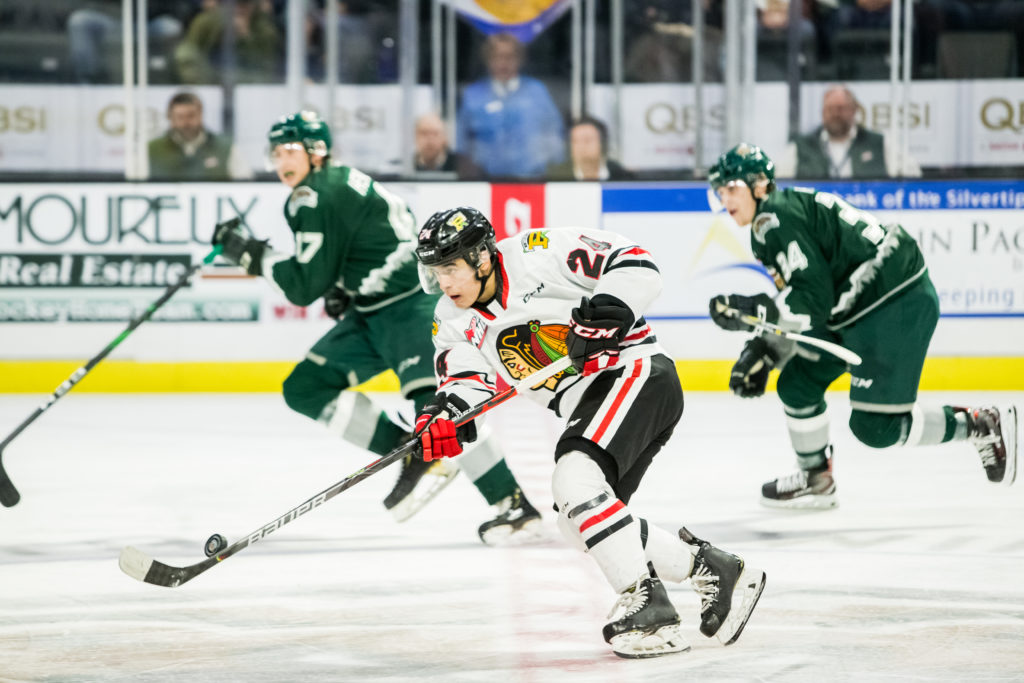 The Portland Winterhawks began November with a 4-1 victory on the road against the Everett Silvertips to extend their winning streak to four straight. With the win, the Hawks leap frog the Silvertips to claim first place in the U.S. Division.

The Hawks scored in every period and they dominated the special teams battle tonight, scoring twice on the power play and once while shorthanded. In the first, Seth Jarvis wired a wrist shot from the right side circle to the top shelf to put the Winterhawks on the scoreboard. He had two separate scoring chances a few minutes later, including another power play shot that connected with the crossbar.

With Portland shorthanded, Mason Mannek extended the Hawks’ lead by stealing a puck and tucking home a right wing shot in the final minute of the first period. Right as the first frame ended, Everett thought they scored on the power play, but upon review, it was determined the puck crossed the goal line after the clock hit zero.

Portland extended their two-goal lead in the second period as Lane Gilliss tapped in a power play goal at the top of the crease to make it 3-0. Everett’s Parker Hendren responded a few minutes later with his first goal of the season to make it 3-1, but Portland shut down Everett the rest of the way.

In the third period, alternate captain Matthew Quigley extended the Winterhawks lead to 4-1 and the Hawks allowed just seven shots in the final 20 minutes of play. Quigley’s goal chased reigning WHL Goaltender of the Month Dustin Wolf out of the game. Portland heads back across state lines for home games on Saturday and Sunday night against Seattle and Kamloops, respectively.