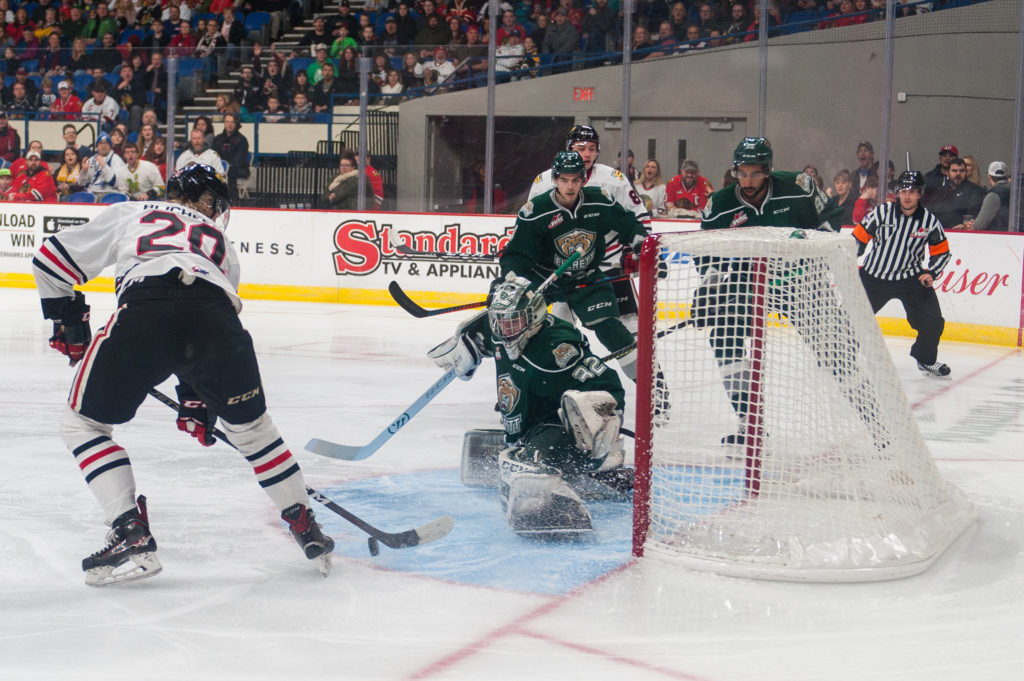 The Portland Winterhawks rattled off five unanswered goals in the third period, after a scoreless defensive battle through the first two frames, to beat the Silvertips 5-1.

Everett spoiled the shutout with 15 seconds to play, but it was too little too late as Joel Hofer earned his first win in a Winterhawks’ jersey stopping 33 of 34 shots.

Over 8,000 fans enjoyed the atmosphere at the Jack in the Box Sunset Game and many fans went home with a free lift ticket to the Mt. Hood Meadows.