Portland Earn a Point and Reaches 200 Goals On the Season 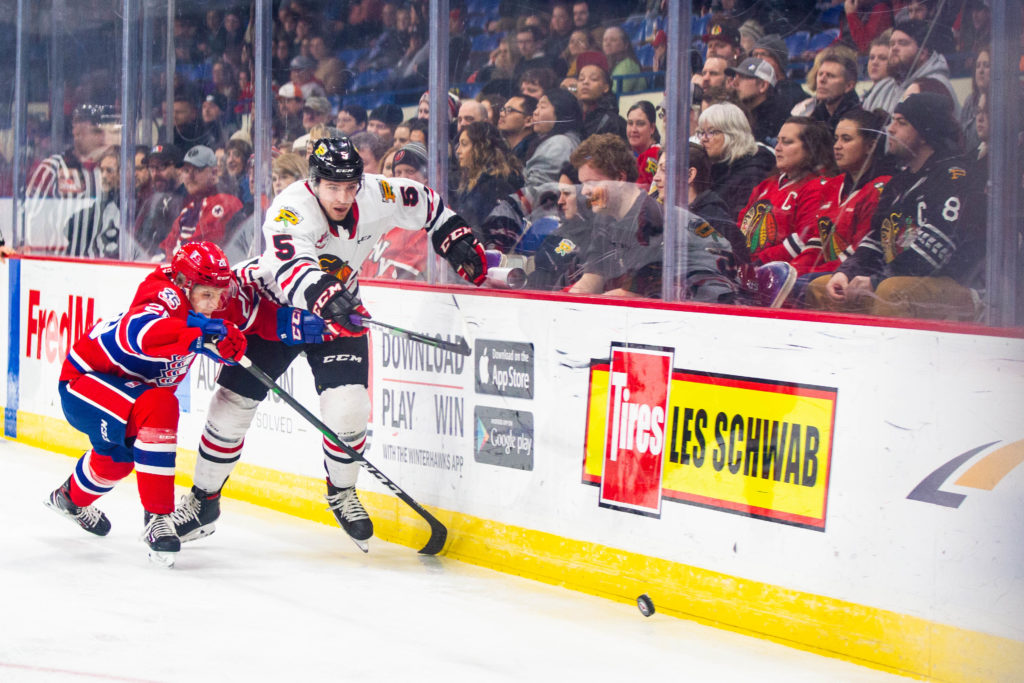 Portland battled from a three goal deficit early in the third period to earn a point in a 7-6 overtime game. The Hawks won the last two periods of play, firing 42 shots on net and nearly winning the game in regulation.

The Spokane Chiefs came out quickly on the road and took a 2-0 lead into the intermission thanks to a two-goal first period from the WHL’s leading scorer Adam Beckman.

The two teams evened up in the second period as Portland and Spokane each found the back of the net three times. Tyson Kozak, Mason Mannek and Johnny Ludvig provided the second period offense. Spokane captain Ty Smith recorded four points in the first two periods of play, setting a new personal season high.

Cordel Larson scored early in the third period to make it a 6-3 game, but the Hawks battled back hard. Jack O’Brien plowed to the crease to clean up a loose puck, trimming the Chiefs lead to two. Portland was given a late power play chance and Reece Newkirk converted for the second special teams goal of the night, making it a 6-5 game with under six minutes to play.

The Hawks poured on the shots and brought out an extra attacker to tie the game with under a minute to go in regulation. Jaydon Dureau rocketed in his 14th goal of the season to force overtime. Both teams exchanged blows in the extra frame. Portland and Spokane each had odd-man rush opportunities, but it was Jack Finley of Spokane who scored his fifth goal head-to-head against Portland, giving the Chiefs a 7-6 road win.