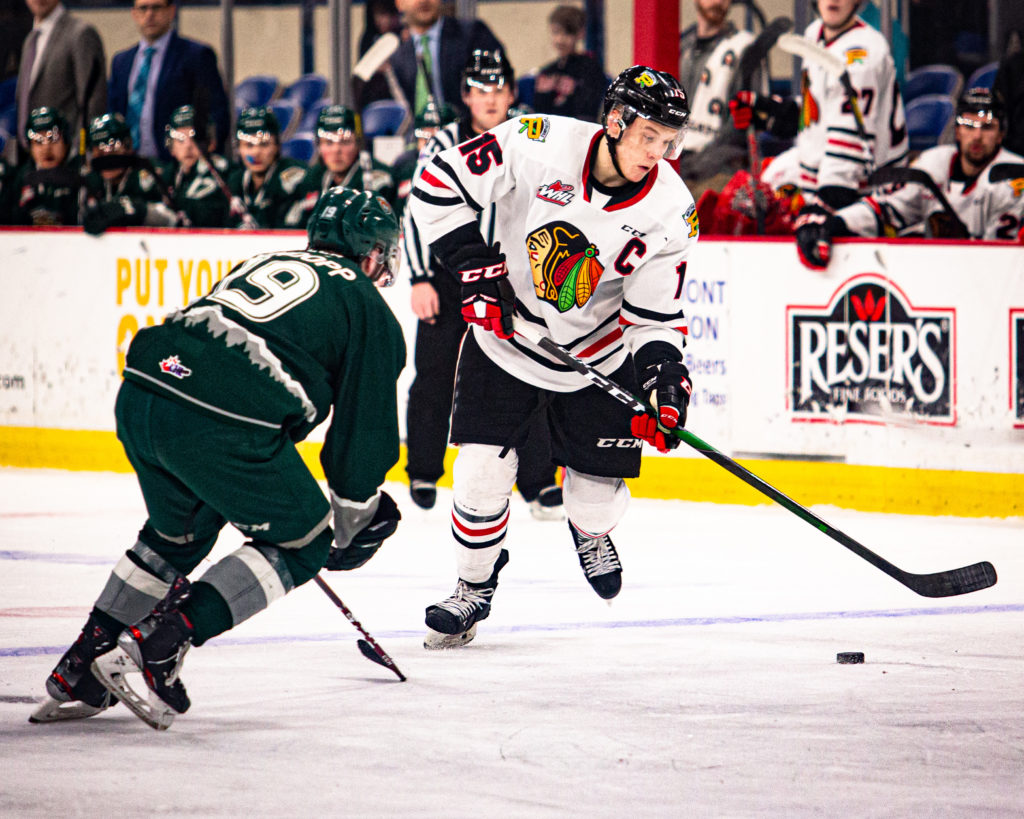 The Portland Winterhawks suffered just their second home regulation loss of the season as Everett beat the Hawks 6-2 at Veterans Memorial Coliseum on Sunday evening.

Special teams played a heavy factor in tonight’s game as Everett scored three power play goals and tacked on a shorthanded goal in the second period to increase the lead to 4-0. Leading point scorers Bryce Kindopp, Cole Fonstad, Gage Goncalves, Jake Christiansen and Wyatte Wylie all had multiple points in the road win.

Kishaun Gervais helped spark an ember in the third period by firing up the crowd and scoring his seventh goal of the season from a Tyson Kozak feed. Portland gathered momentum and had a few prime scoring chances, but Everett closed any comeback hopes with two third period goals to make it 6-1. Late in the night, Johnny Ludvig netted his ninth power play goal this season and 17th overall to tie him for second in defensive scoring. Seth Jarvis picked up an assist to stretch his point streak to nine games. He has 51 points in 20 games during the 2020 calendar year.

Portland still leads the division by three points and has two games remaining against the Silvertips this season, including a rematch in Everett next Sunday.