Portland Completes the Sweep of Kelowna 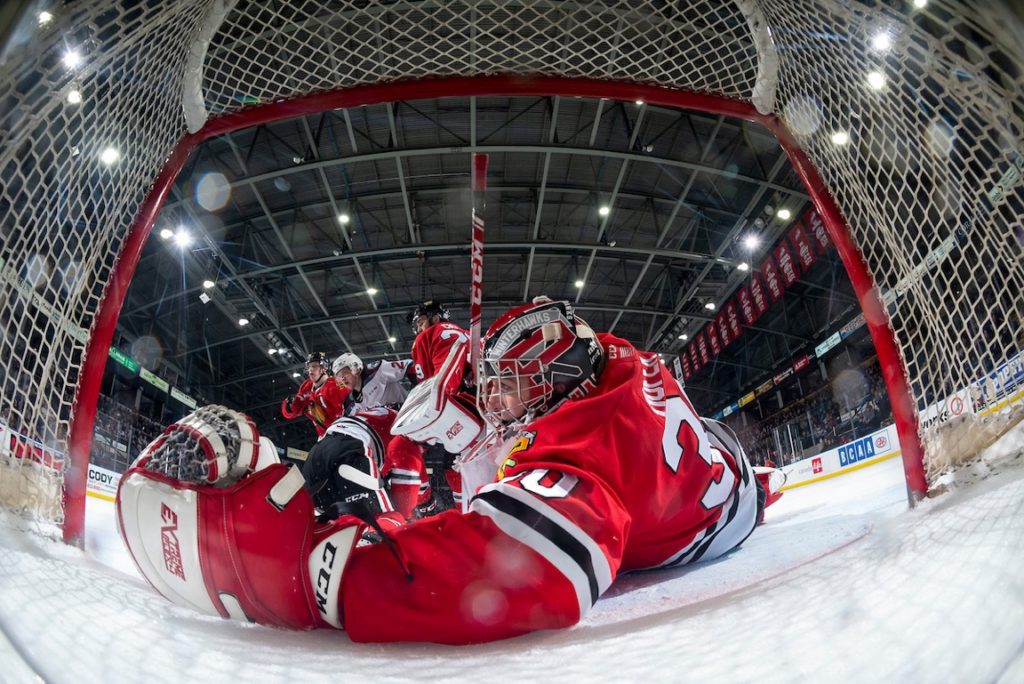 Portland finished the sweep of the Rockets by doubling them up 4-2 on Saturday night inside Prospera Place.

Joel Hofer was electric in the first period. The Winterhawks killed off four penalties in the second half of the opening 20 minutes and Hofer already had 17 saves at the first intermission break, matching his game total from Friday night’s win.

Portland pulled away in the second frame thanks to a couple of early goals by their 2020 NHL Draft prospects. Less than two minutes into the period, Cross Hanas drove on the left wing and tucked in his 17th goal of the season off the post. Seth Jarvis scored the other two second period goals, including a textbook tic-tac-toe finish. Kyle Topping netted the Rockets lone goal of the frame to make it 3-1 after 40 minutes of play.

Jarvy with his second of the night!

The Hawks stunted any comeback effort in the third period, allowing only eight shots down the stretch. Reece Newkirk scored an empty net goal to go up 4-1 in the final three minutes. Topping netted his second of the night with under a minute to play, but it was too little, too late for the overage forward. The Hawks won 4-2 to remain nine points ahead of the Silvertips for the U.S. Division lead.