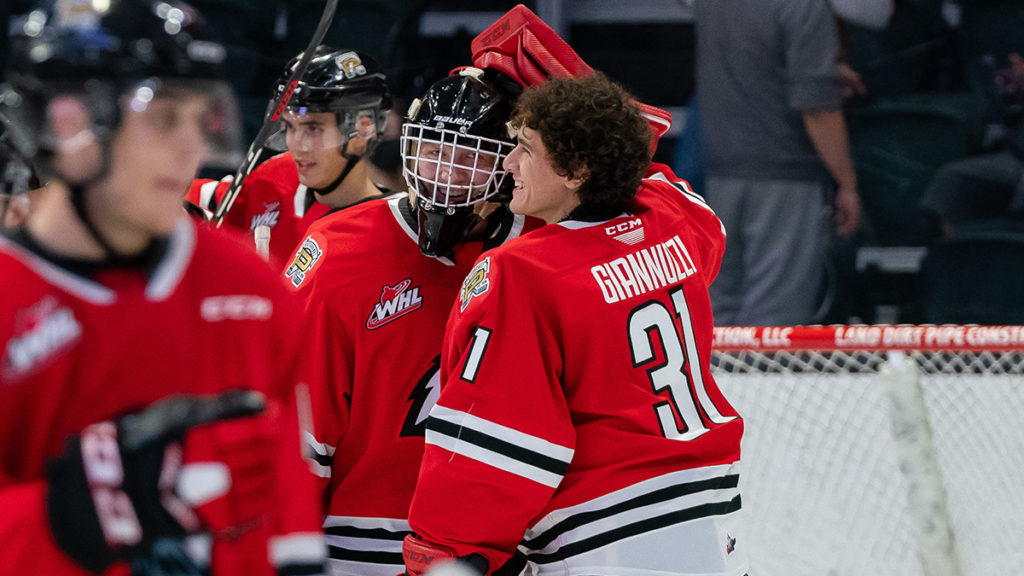 The Winterhawks wrapped up their 2021 WHL preseason with a 3-0 win against the Tri-City Americans on Saturday night, their second straight shutout performance of the weekend.

A perfect four wins in four games against all four U.S. Division opponents is a quality statement ahead of the Portland’s first regular season game on Friday, October 1.

That sounds nice, doesn’t it?

Portland concludes preseason play standing atop the U.S. Division standings with an unblemished 4-0-0 record.  Entering the 2021-22 regular season, the Winterhawks are chasing their fourth Ed Chynoweth Cup and third Memorial Cup, and this team knows they are capable of winning both this season.

The Hawks only allowed three goals in four preseason games and 12 different Winterhawks scored at least one goal.

“We talked about it last night we are a bit shorthanded right now,” Head Coach and General Manager Mike Johnston said following his team’s final preseason game. “I really like the effort of our team. Our team’s battling hard and we’ve been fortunate that our goaltending has been good early in games.  We’ve got that first goal so I think that gives us just that extra bit of momentum. Dante was really good tonight. In the first period, (Tri-City) had the edge then I thought we got stronger to be honest as the game wore on, which surprised me because we had a short bench.”

Portland, Seattle and Everett have now completed their preseason schedule.  Tri-City and Spokane each have three preseason tilts remaining (all against each other).

Portland is the first WHL team to win four preseason games and they stand atop the U.S. Division with 17 total goals scored.

The Hawks first two goals of the contest came on the man advantage and it’s an area the team is hopeful to excel at once again this year.

“I thought our special teams were good today,” Johnston said. “Our power play hasn’t been really executing as well as we’d hoped, but I thought they were good today. They got a couple timely goals and I also thought that some of our defensemen were asked to play forward, they did a good job.”

And that’s a wrap

After a perfect preseason slate, Portland now turns its focus to the WHL Season Opener in Kennewick, Wash. on October 1 and Pacific Office Automation Opening Night the next day on October 2 inside Veterans Memorial Coliseum.

Over the next two weeks, the Winterhawks will continue to practice and train for the upcoming 68-game season and also awaiting the return of the players attending NHL camps.

What impressed him the most during preseason play:  “Probably the energy and the chemistry of our group this early.  We have a lot of guys away, but I thought these guys were gelling as a group and a lot of those guys are going to be keys to us as we move forward. The 04’s and the 05’s that played in these four games are going to be our future. They’re going to be with us for the next three years so it’s positive signs with those young guys.”