Portland Blasts Past the Rockets 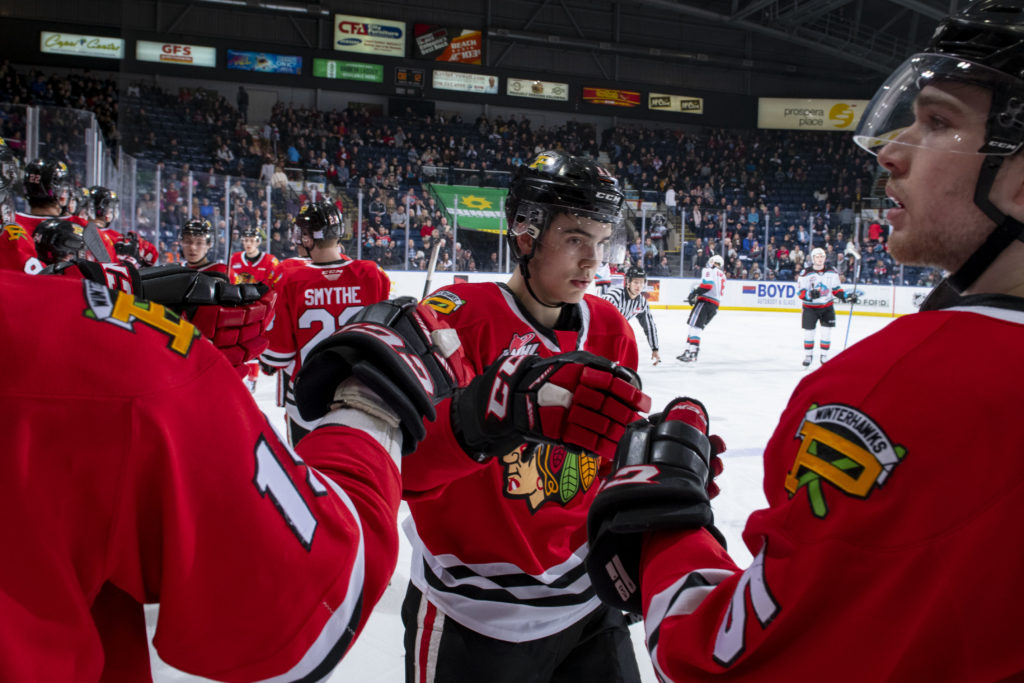 Back on track in Kelowna as the Winterhawks more than doubled up the Rockets, beating them 7-3 on Friday night. Portland put up a crooked number in every period to help them win their 36th game of the year.

Portland surged in the first period, scoring three goals on their first four shots to chase Kelowna’s starting goaltender from the game. Seth Jarvis netted the first and third goals of the night, while Jaydon Dureau buried his 15th goal of the season, coming on the power play. All three goals were scored within a 5:05 window of time.

Kelowna got two of those goals back before the end of 20 minutes. Vegas Golden Knights signed prospect and Rockets leading point scorer Kaedan Korczak drilled in his ninth goal of the season to get the Rockets on the scoreboard and he assisted the last goal of the period to make it a 3-2 game.

The Hawks jumped out to a strong start again in the second. Robbie Fromm-Delorme cleaned up his own shot four minutes into the period to extend the Hawks lead to two and Gabe Klassen had the soft hands to deflect in Kade Nolan’s point shot, making it a 5-2 game in Portland’s favor. Conner McDonald closed the gap before the end of 40 with a blue-line goal of his own, but that was the last goal Kelowna scored.

Portland outmatched their opponent in the third period. Mason Mannek scored in the 12th minute on a wicked snapshot and Johnny Ludvig powered in a special teams goal two minutes later to give the Hawks a 7-3 victory.