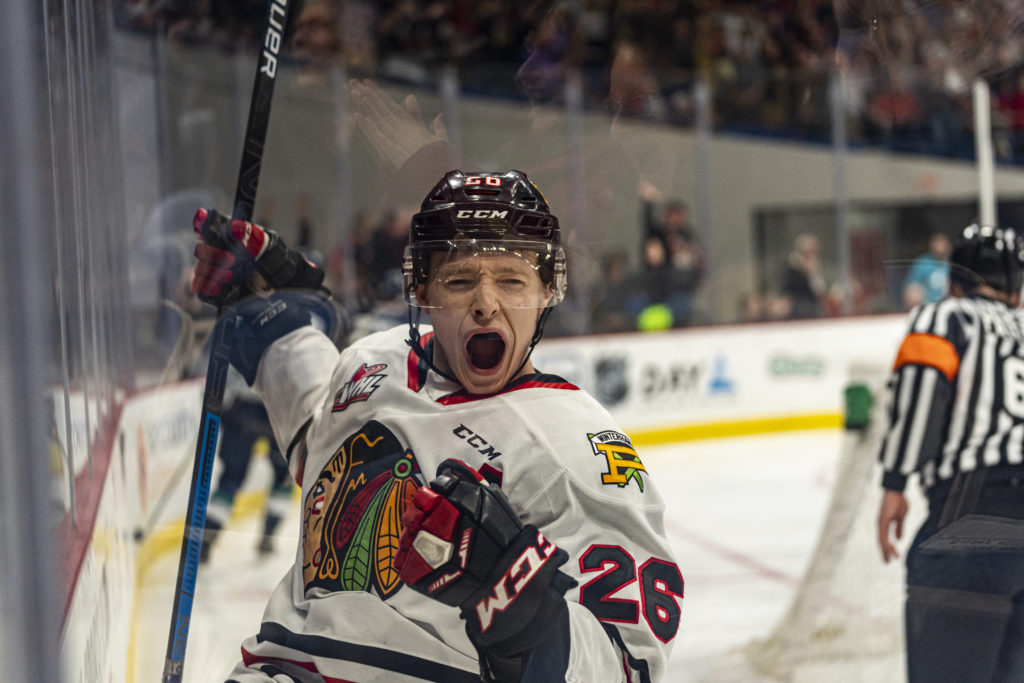 Blake Lyda was dialed in during the first period for Seattle, stopping all 20 shots he faced to give the Thunderbirds a 2-0 lead at the first intermission. Payton Mount and Andrej Kukuca each recorded two points in the first period, finishing with three total points on the night.

Seth Jarvis was relentless all night, taking a game-high seven shots on goal, and he scored the team’s eighth shorthanded goal in the second period to cut the Seattle lead down to 2-1. Through 40 minutes of hockey, Portland out-shot Seattle 36 to 14.

The Winterhawks exploded in the final stanza, scoring three goals in exactly two minutes game time to leap out to a 4-2 lead. Reece Newkirk, Mason Mannek and Jarvis had the goals. After the midway point of the period, Cross Hanas added a goal for good measure, his 19th tally this season to put the Hawks up by four. Seattle scored one of those goals back on the power play, but they did not have enough in the tank to comeback. Lyda finished with a career high 49 saves in the loss.

The two teams are set for a rematch at the accesso ShoWare Center Saturday night at 6:00 p.m. PT. Fans can watch the game live on Portland’s CW.